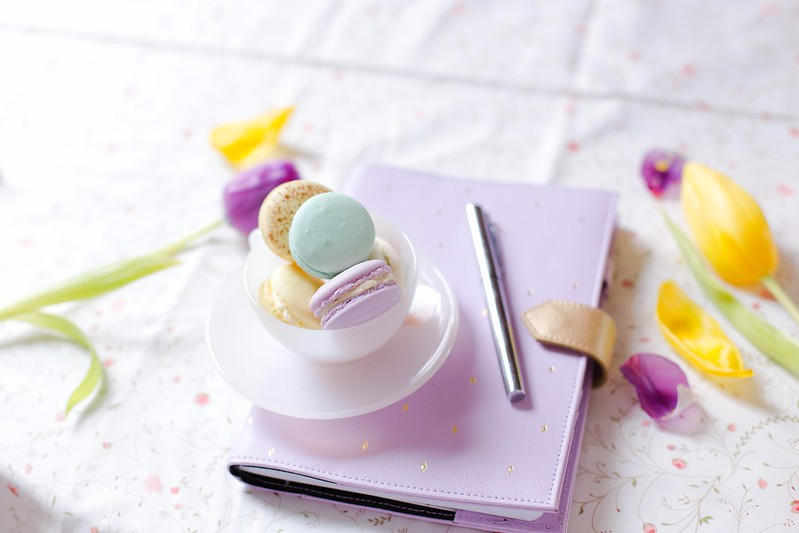 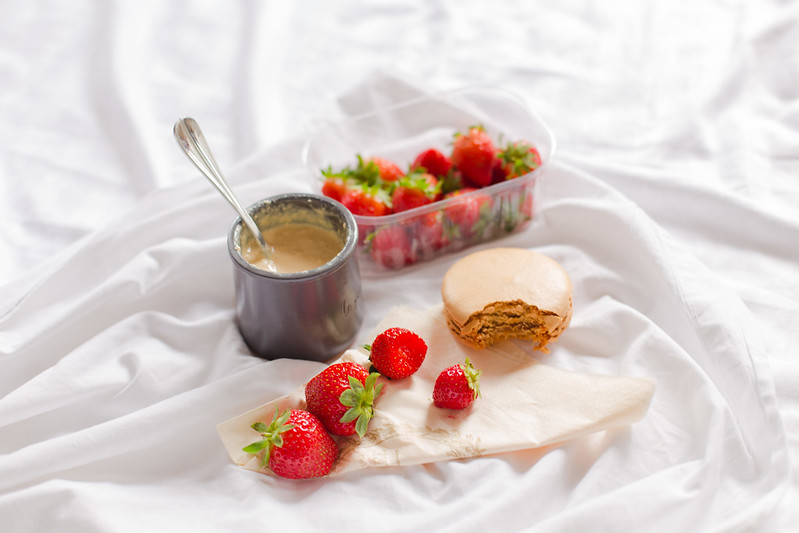 I don’t remember the first time I bit into a macaron, but I’ve always been in love with the delectable dainty treats. A good macaron is special; light, airy and fragranced with a crisp crackly shell and smooth sweet filling. I remember standing in line at the Ladurée on the Champs Elysées for macarons during my first visit to Paris. Getting my hands on the beautiful ornate box filled with pieces of pastel hued sweets felt decided Parisian and thrilling.
I’ve had many good macarons and there has been some terrible ones too, but today’s post is mostly about good macarons. 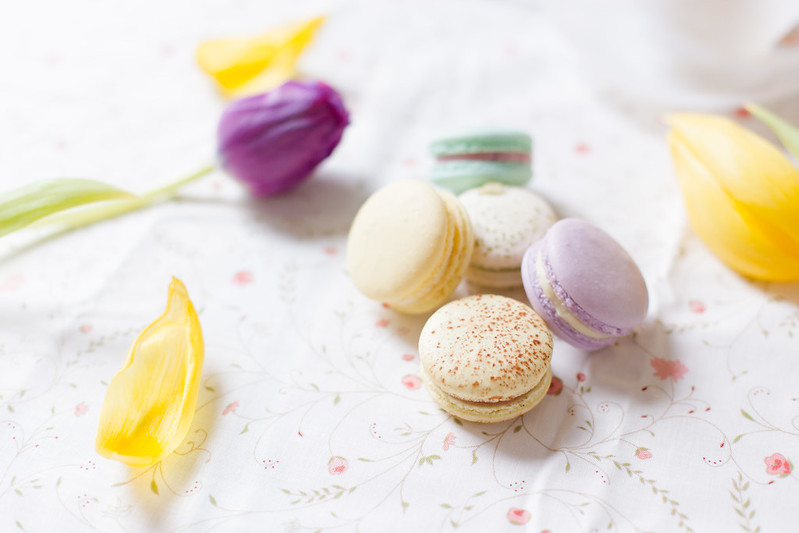 Over the years, I’ve sampled macarons from a few renowned pâtisseries, and I still can’t say who makes the best.
I love macarons from Pierre Hermé, but I can’t say that it’s better than Café Pouchkine or Gérard Mulot. In other words, I guess I’m not really a macaron snob, or perhaps I just lack that discerning palate.
I only noticed macarons popping up in Vancouver just a few years ago (I’m sure they’ve always been around). I think it was around the time macaron became the new cupcake – I don’t know what’s in now, but I think éclairs had a moment briefly last year.
I try not to compare macarons I’ve had in Paris (or elsewhere while travelling) to the ones from bakeries in Vancouver. I have this theory that travel (and new experiences) make food taste better than it would ordinarily.
Two months ago, Ladurée brought a bit of Paris to Vancouver when it opened a boutique and tea shop on Robson Street. This is huge since Ladurée is often credited with inventing the macaron as we know it. I tried the original macaron cookie once at the Grande Épicerie, it looked and tasted nothing like the colourful glamorous confection we call macaron today, it looked more like a macaroon. 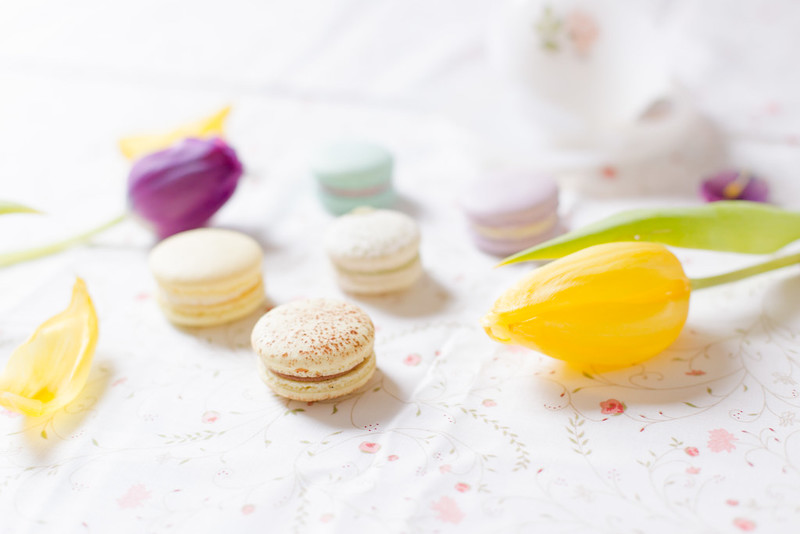 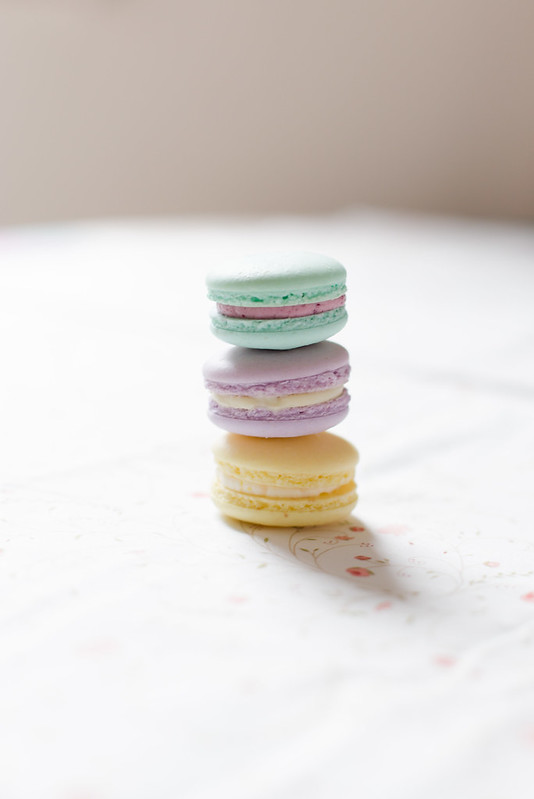 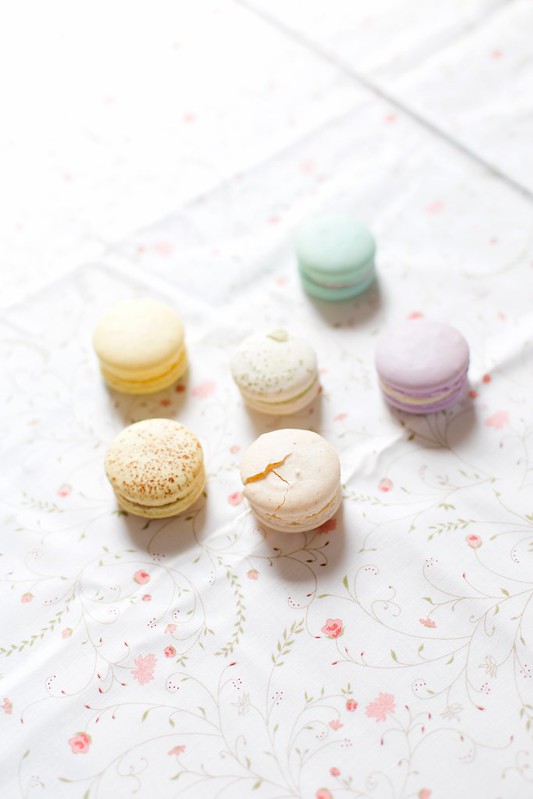 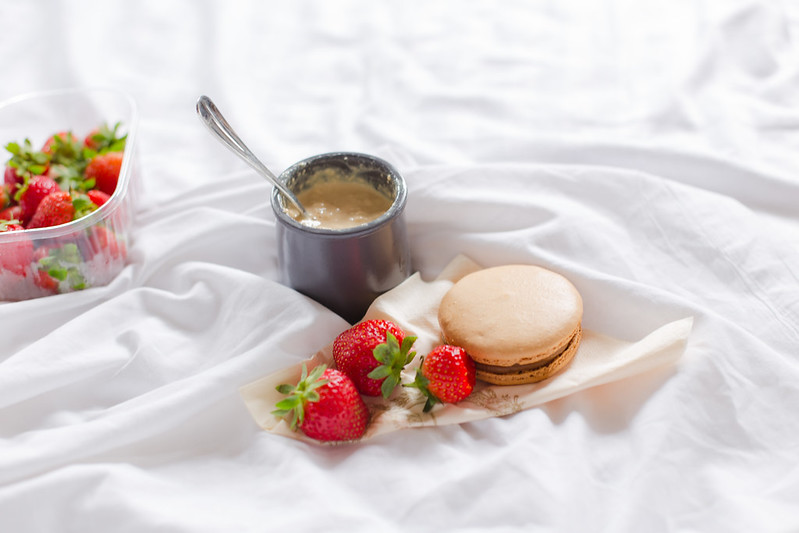 I haven’t been to the new Ladurée yet. There were these really long queues to get in when it first opened, and then I sort of forgot in the few weeks following that we had a Ladurée a few blocks from my home!
My sister brought some macarons home last Sunday. We sat out on our little sunny balcony savouring them, concluding that they tasted just as delightful, but it doesn’t beat having them in Paris.
As to how they compare to macarons from Vancouver bakeries, I can’t tell yet. I should probably do a test taste this summer. For now, I wanted to share a few bakeries in the city with macarons worth checking out. 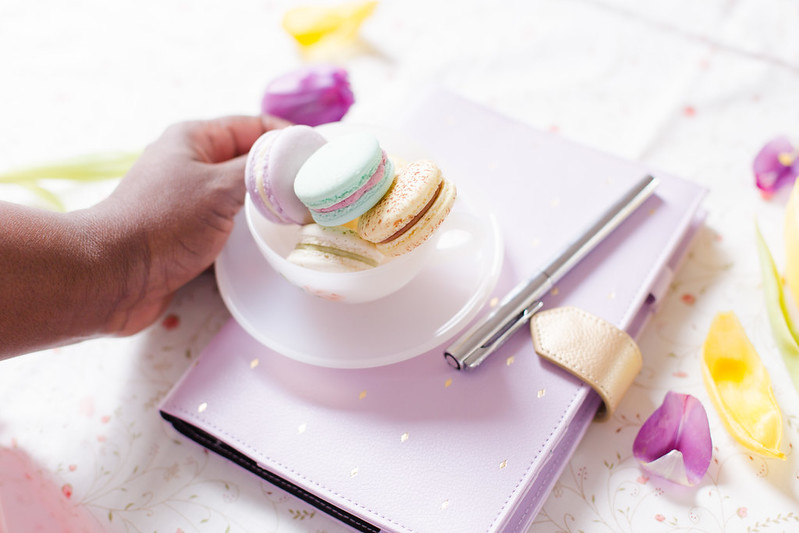 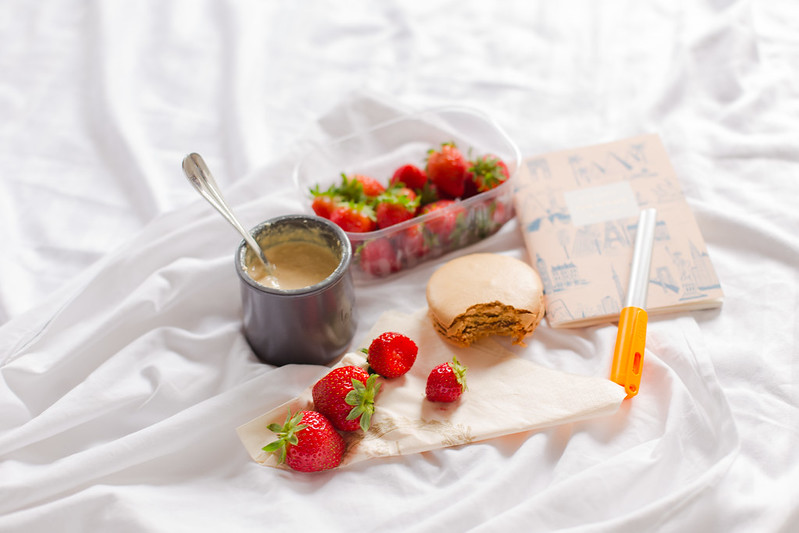