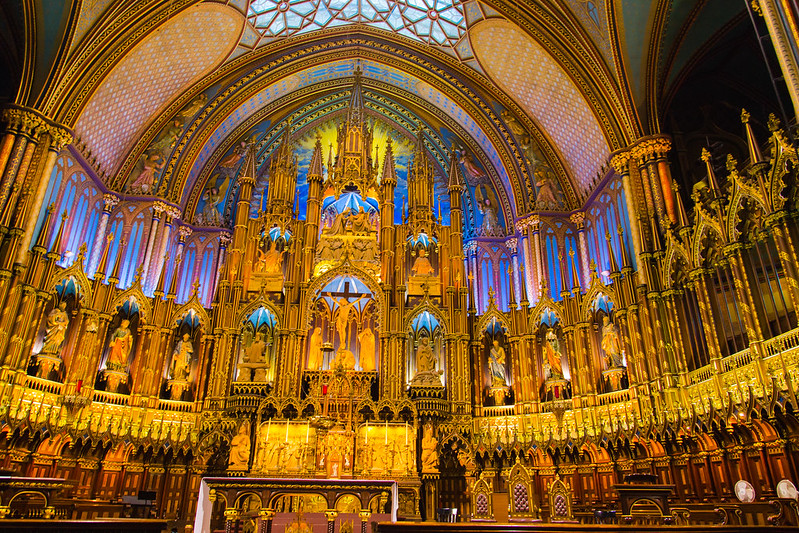 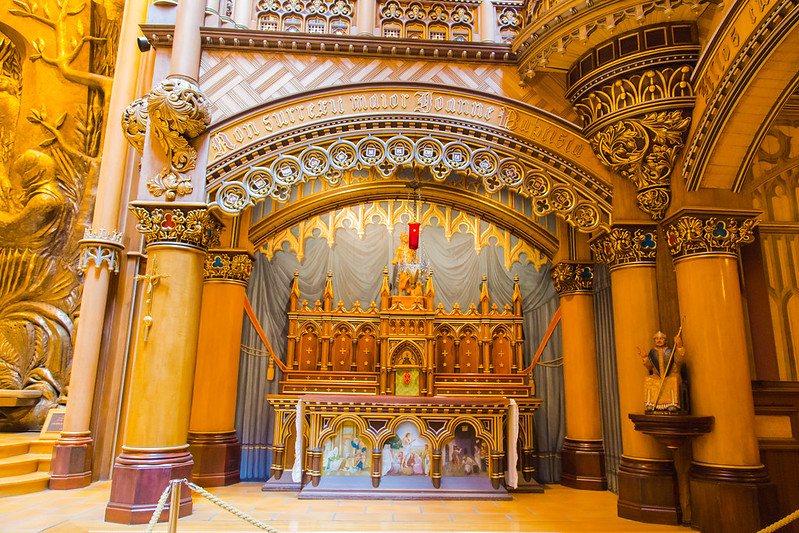 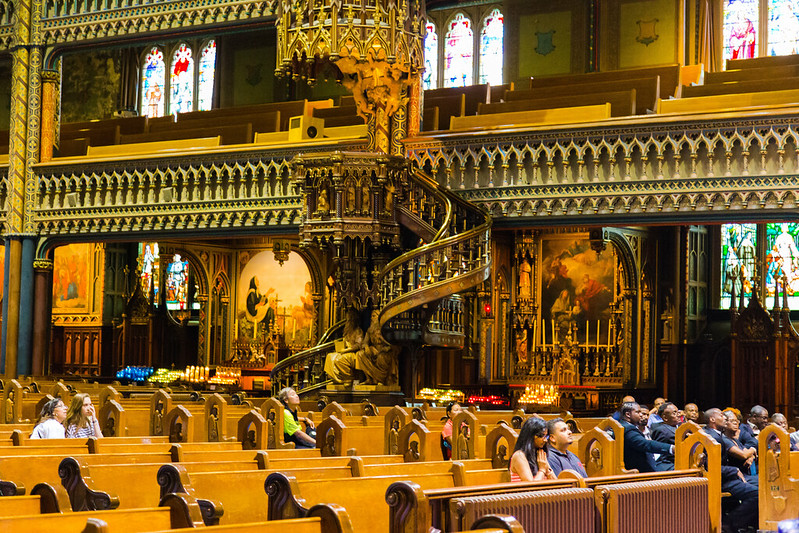 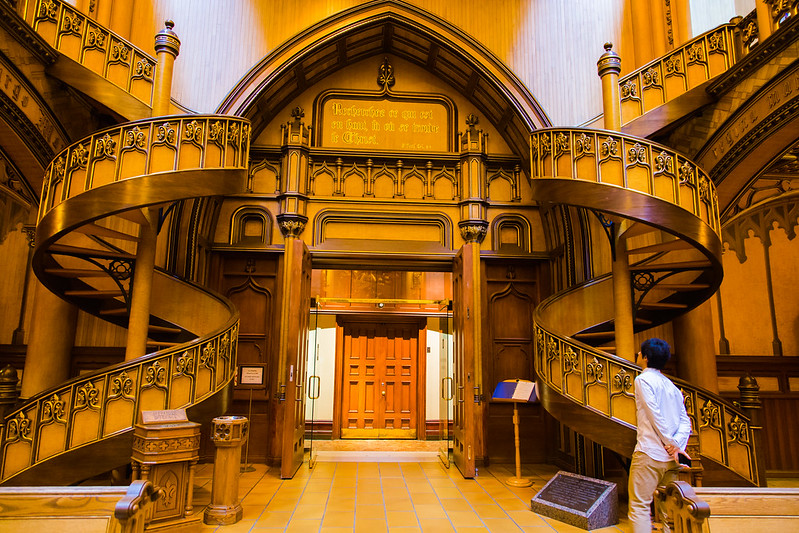 One thing I didn’t know about Montreal before going there last summer, was that it’s a city full of churches. Many grand old churches dot the landscape, from Vieux-Montréal to Mont-Royal.
“This is the first time I was ever in a city where you couldn’t throw a brick without breaking a church window.” – Mark Twain said this of the city in 1881 and it still remains true.
I loved seeing these churches pop up everywhere since I love visiting churches when I travel. It’s where I take refuge, and whether I’m in Lyon or New York, there’s always a comforting familiarity to them. Also, churches are often a great insight into the architecture, art, culture and history of that city.
There are some pretty spectacular churches in Montreal, some with magnificent buildings and lavish interiors; others are quaint and charming and some have deep ties to the origins of the city. 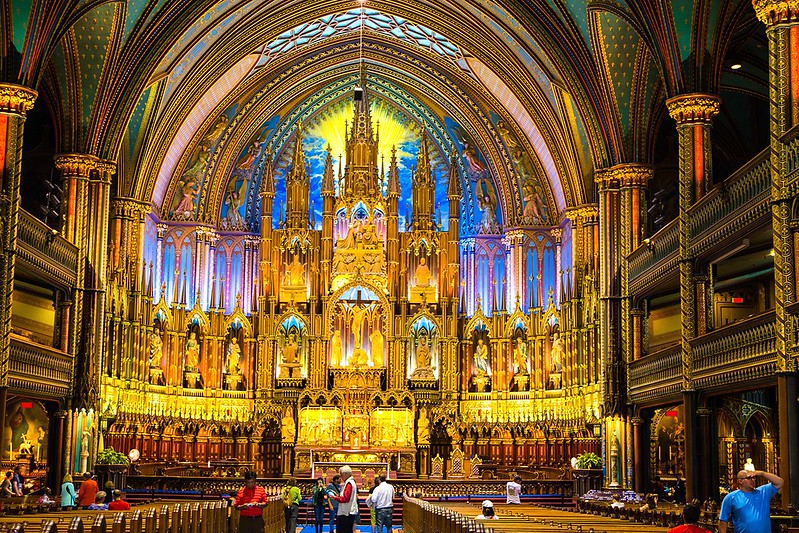 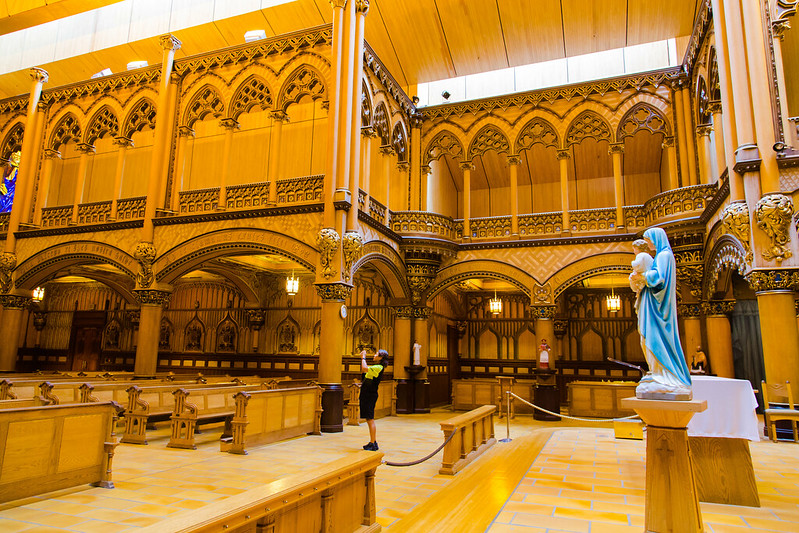 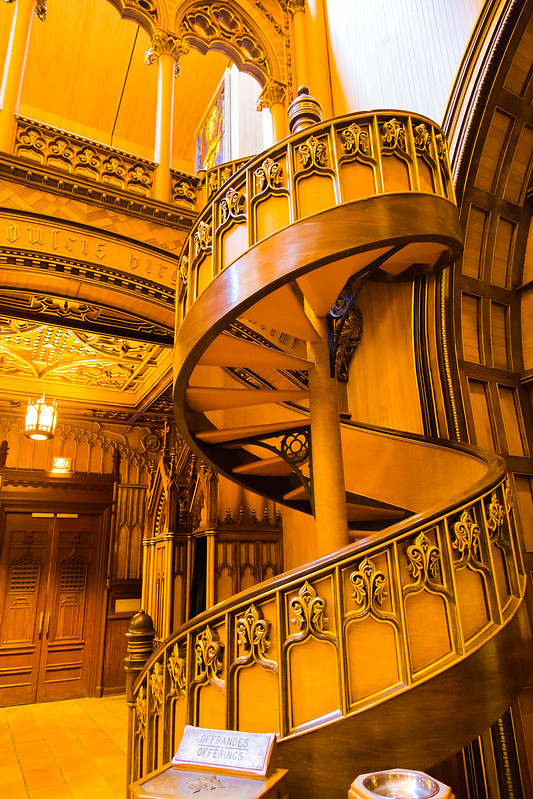 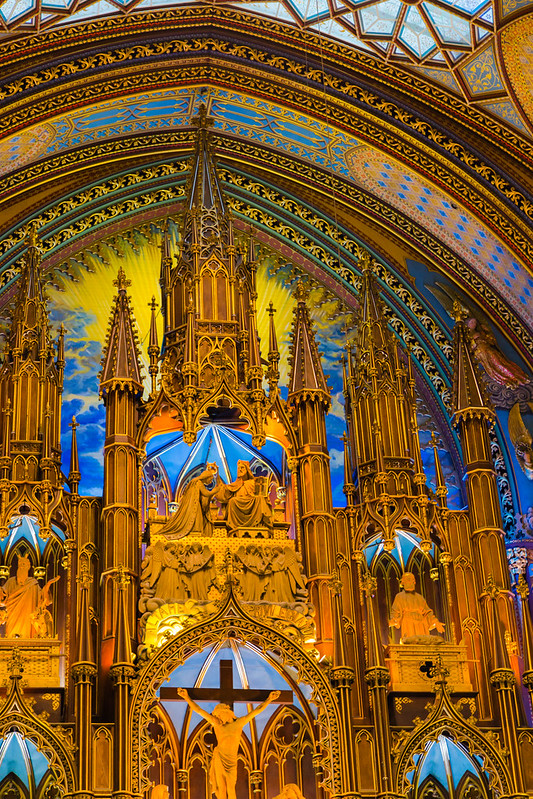 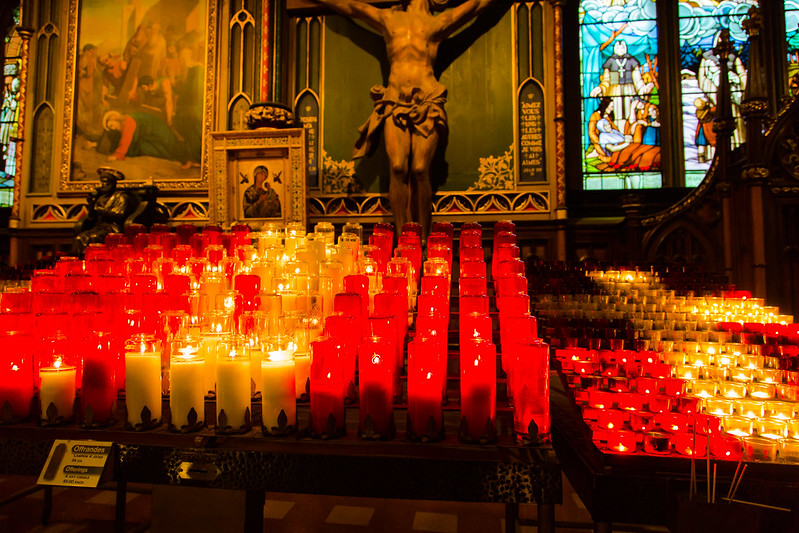 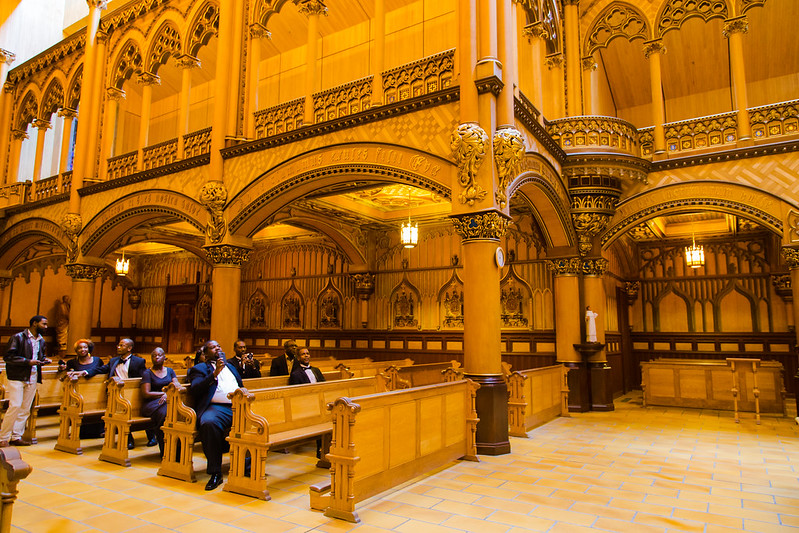 I tried to see some of the bigger churches – we went up to Saint Joseph’s Oratory, Canada’s largest church; visited the splendid St. Patrick’s Basilica which is rooted in Irish Canadian heritage; the impressive Mary, Queen of the World Cathedral and of course the magnificent Basilica de Notre Dame, Montréal.

Montreal’s Notre Dame may not look like the grandest church from the outside, but its captivating interiors are unlike anything I’ve seen before. It’s a magnificent display of glittering rich blues and gold, ornate and amazingly detailed. 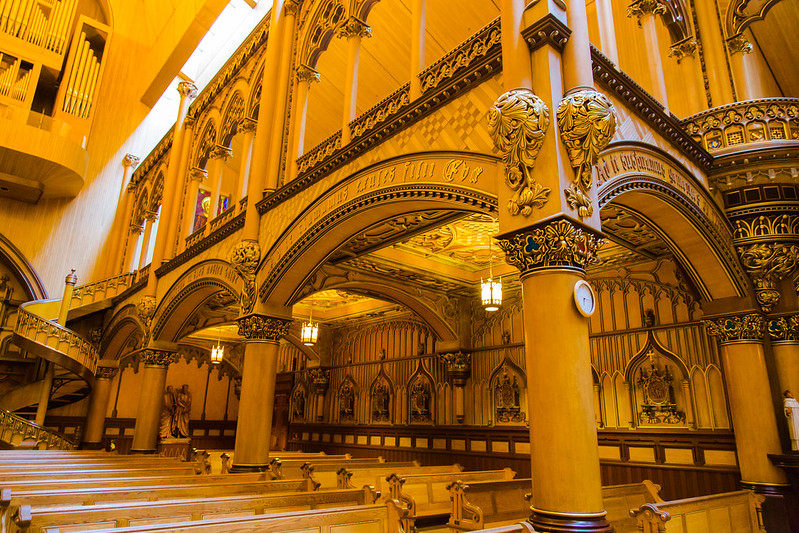 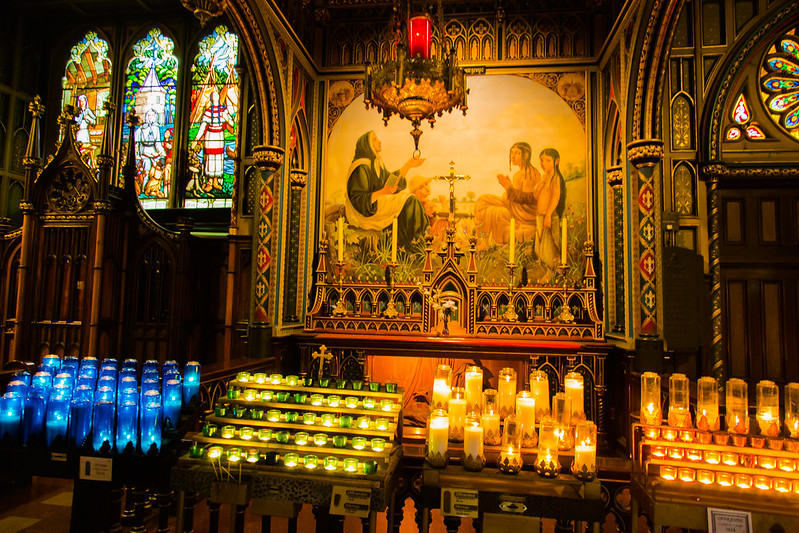 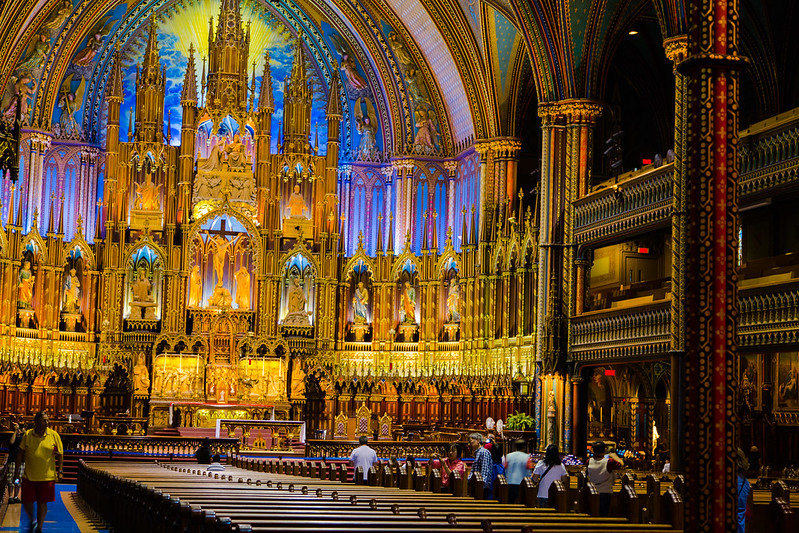 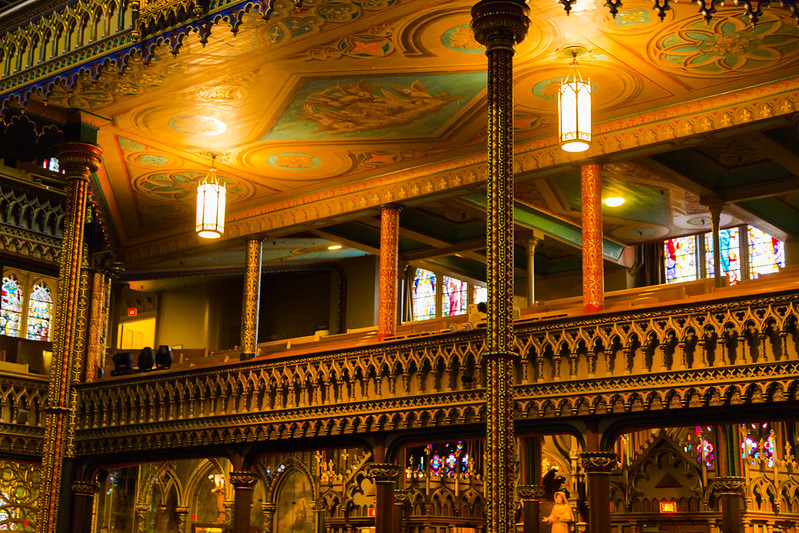 The church has a famed grand Casavant pipe organ and its bell, le Gros Bourdon, is the largest in North America. Built in the mid-19th century, its dramatic Gothic Revival architecture is still considered one of the most spectacular in the world. It’s located in the heart of Old Montreal overlooking the cobblestoned square Place d’Armes. 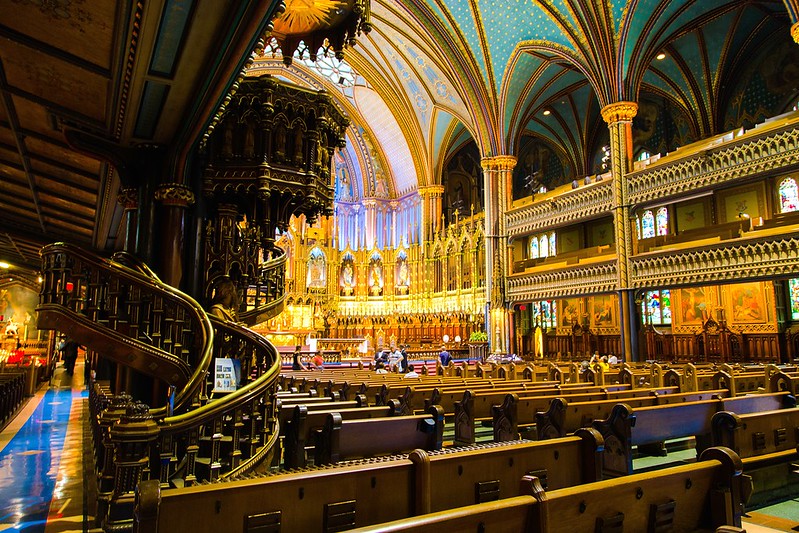 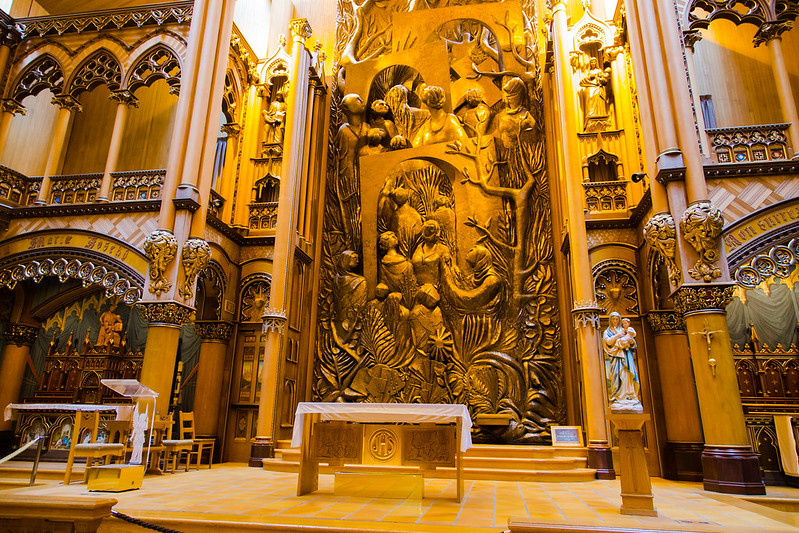 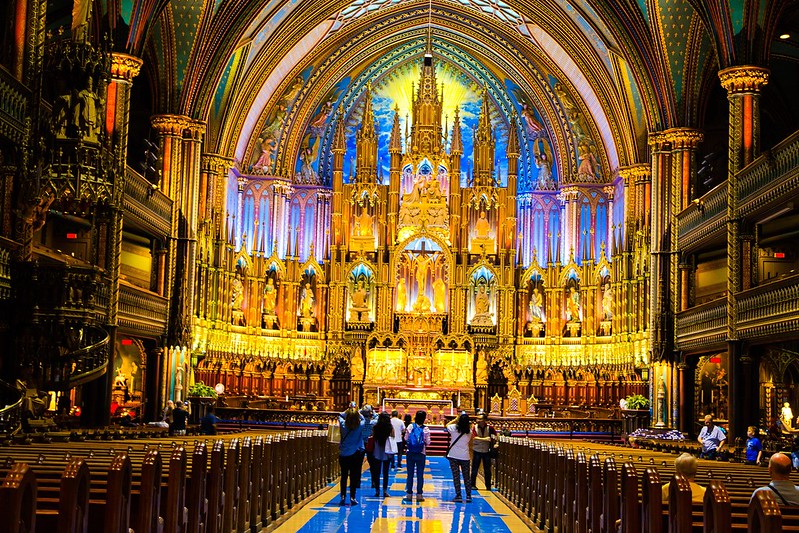 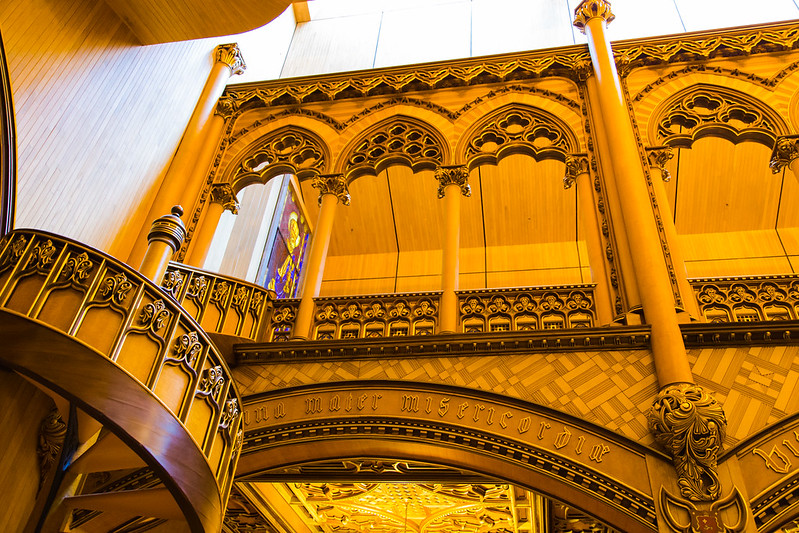 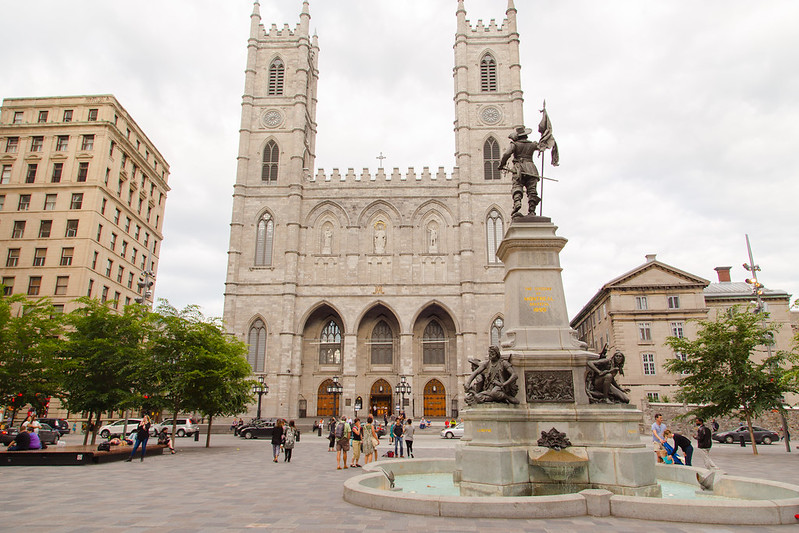