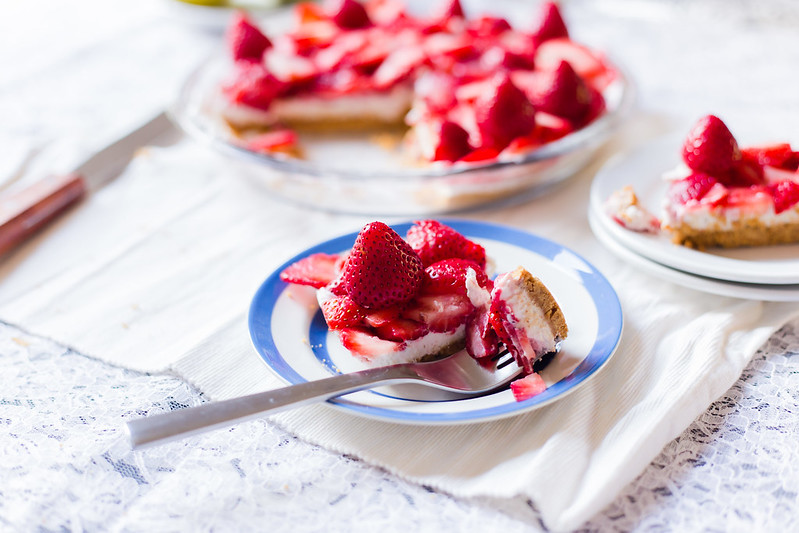 The summer we started making icebox cakes, we made them throughout the season; it was as if we couldn’t stop, they were so good, and easy and fun.

We ate a ton of strawberries that summer, and perfected the art of beating coconut milk into perfect fluffy whipped cream. We’d alternate between graham crackers and digestive biscuits because we couldn’t decide which we liked best.

It was the summer of the Stanley Cup Riots, and the weekend before we made icebox cake for the very first time and the city was going to the Stanley Cup finals – it felt enormously celebratory. 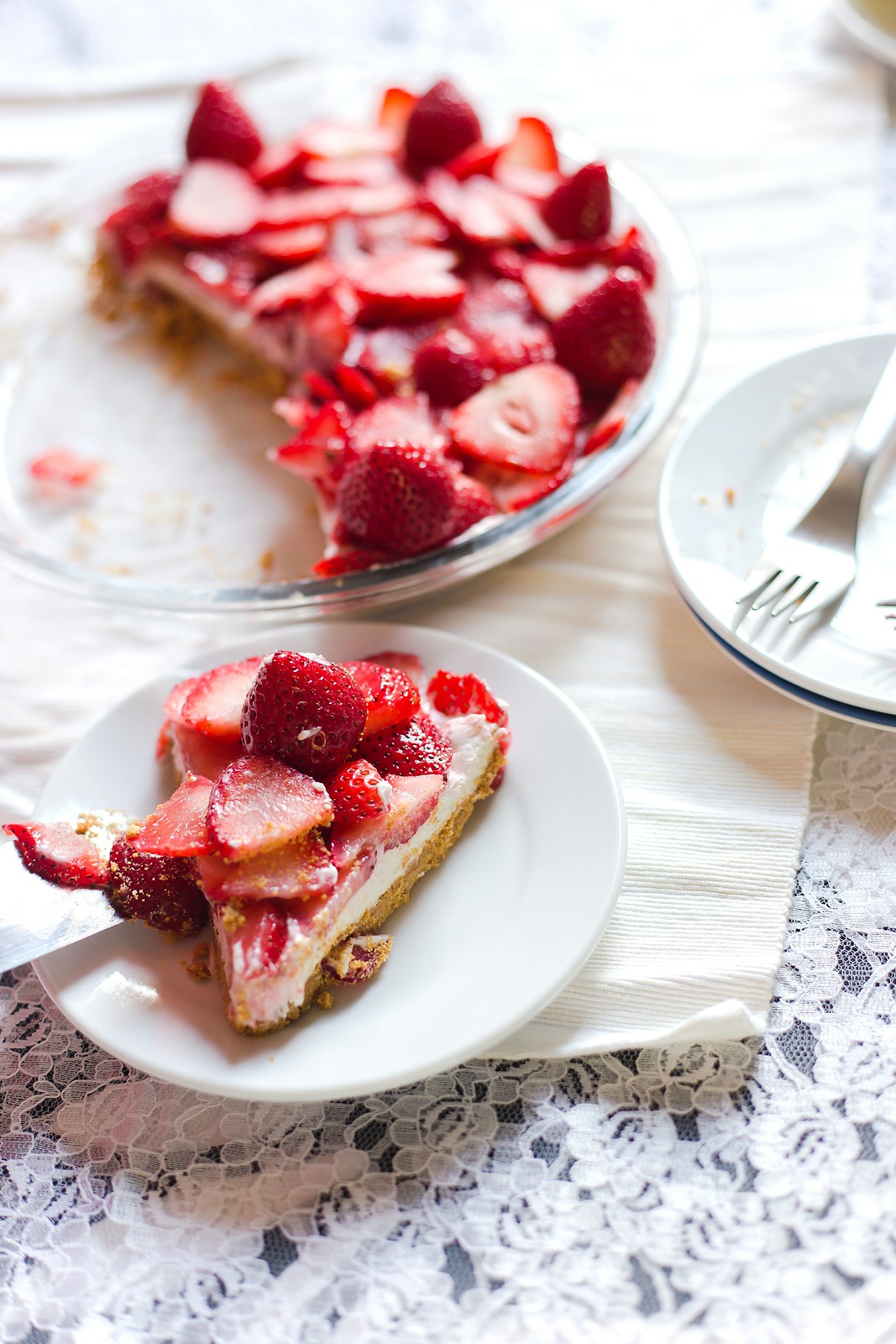 We continued making icebox cakes with strawberries (mostly) until the season passed.

We haven’t made that many icebox cakes in subsequent years; I’m not sure why, it’s not like we fell out of love with it.

I thought about them when this season’s strawberries starting appearing at the market, it must have been the heatwave but I suddenly wanted to make icebox cakes with fervour again 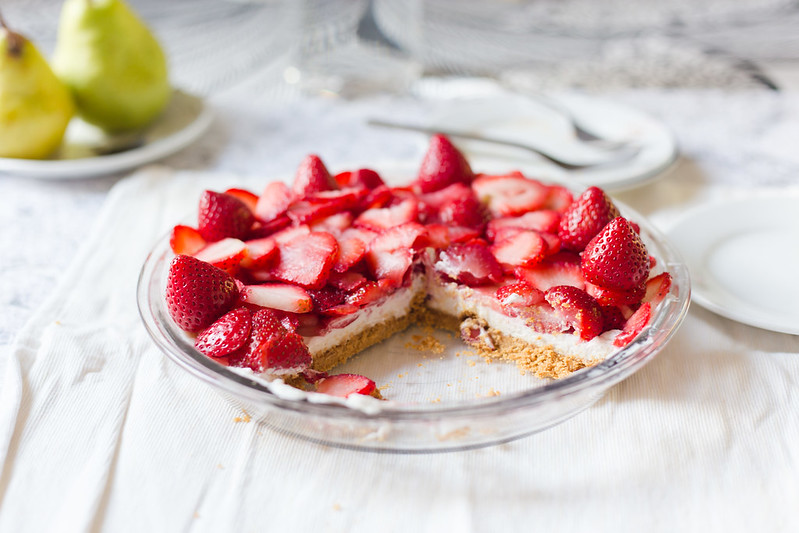 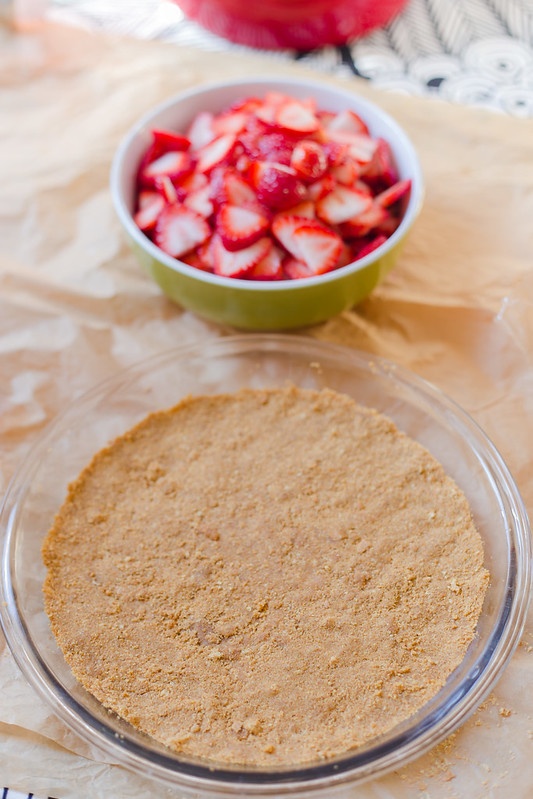 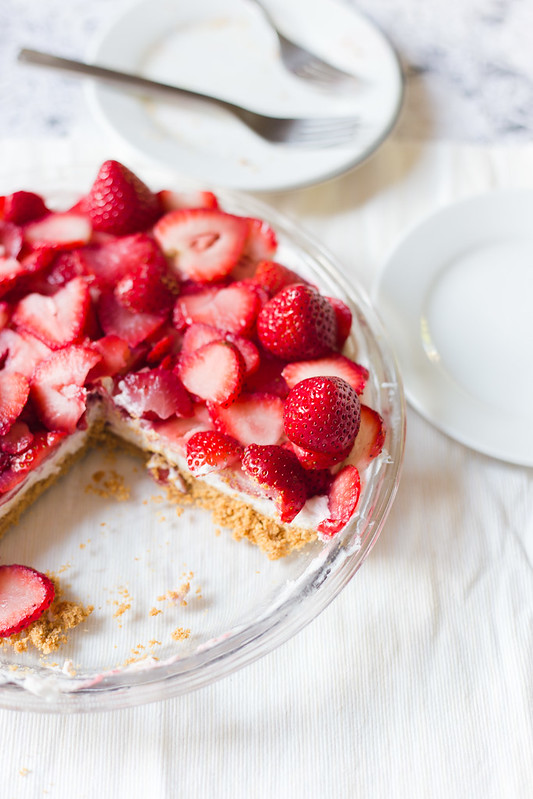 The icebox pie is similar to the cake, it’s basically the same ingredients just in pie form with the graham crackers crushed to form the crust, which is filled with coconut milk whipped light and airy and then topped with fresh strawberries.

It’s just how I like my desserts, simple, fresh and decadent with a bit of crunch.

We’re back to making icebox cakes and pies again, this time with less urgency – although July is almost over and we’ve only made one, and it feels like we’ve lost a month already. 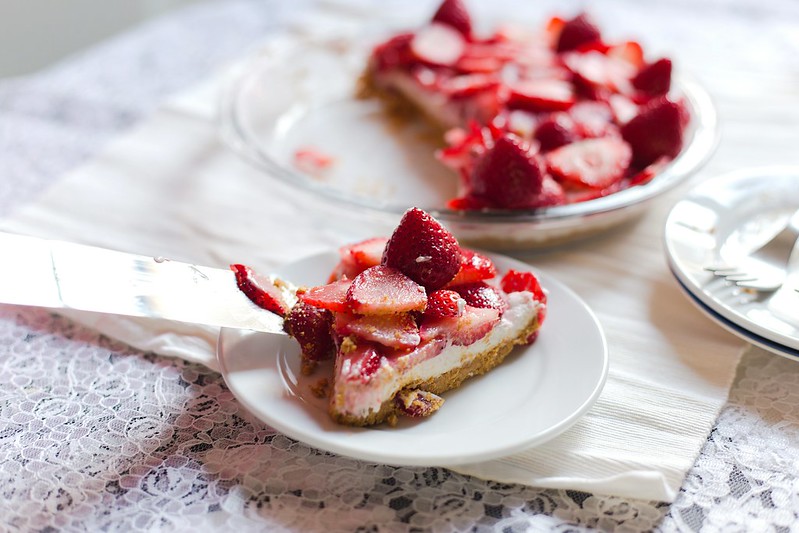 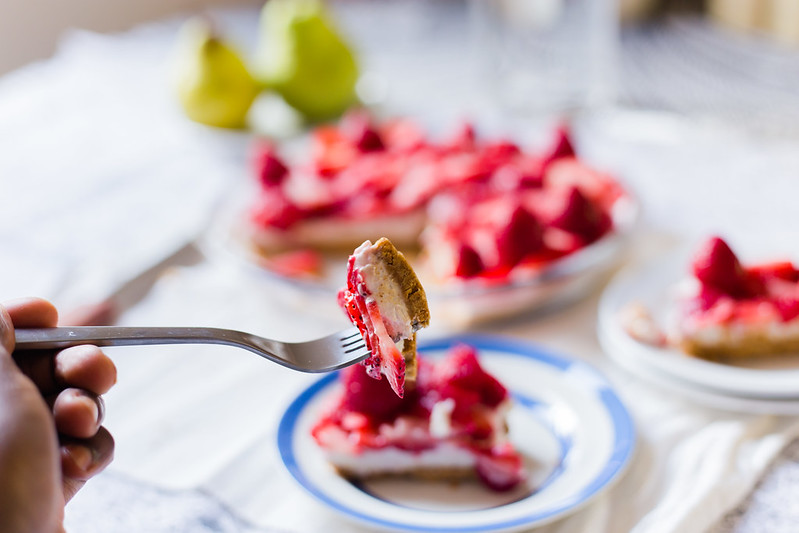