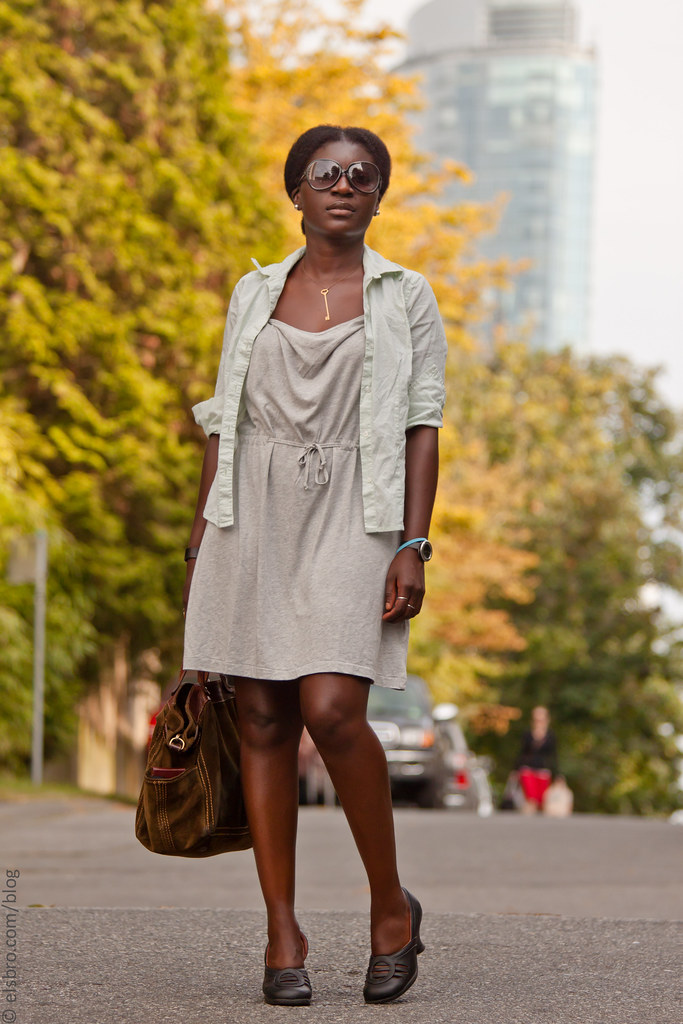 My heart sank a little this morning when I saw a woman wearing a cardigan over her dress.
It was barely a month ago when summer begun around here, so I’m a little reluctant to accept its inevitable end.
I told someone recently of a certain sense of spontaneity that takes us over during the warmer season.
I feel we’re happier and perhaps kinder to each other…
I call it the happy season. Like the day I wore this dress, I met an older couple while waiting in line at the coffee shop, they thought I looked like their daughter who’d moved away to Montreal.
I was intrigued because I rarely get that, the man showed me a cell phone picture of the daughter and all I saw was a girl with sad eyes who had a dress like mine on.
I looked at the parents and realized that they probably miss their child, so I joined them for coffee.
I listened to them talk about this stranger; a daughter who made their eyes sparkle, whose antics made them laugh, and it made me laugh.
And though I believed I was doing this for them, it was a little for me too…
And that’s the wonder of summer.