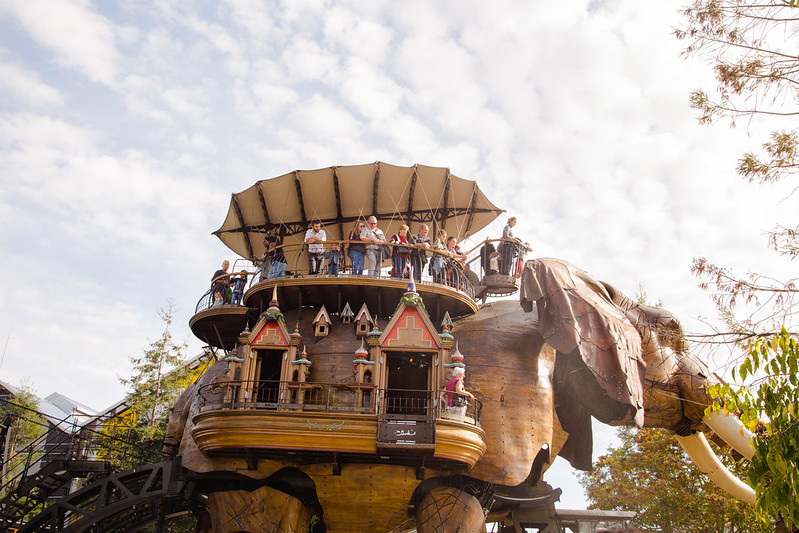 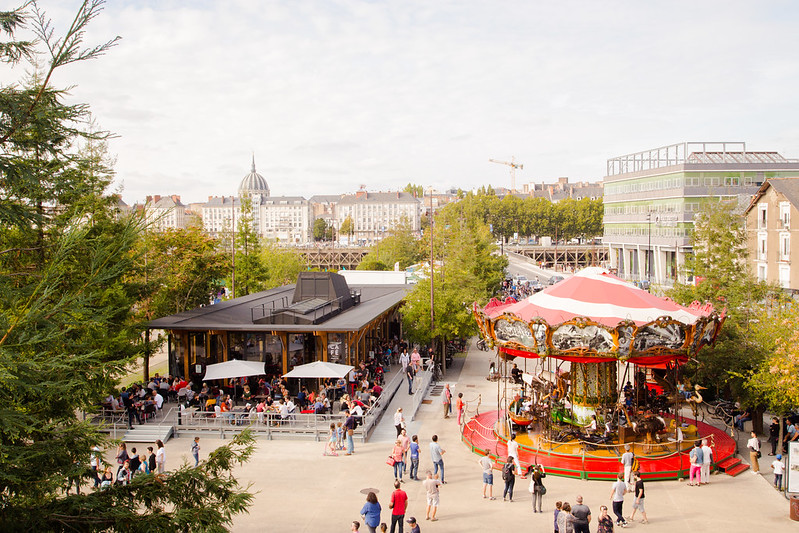 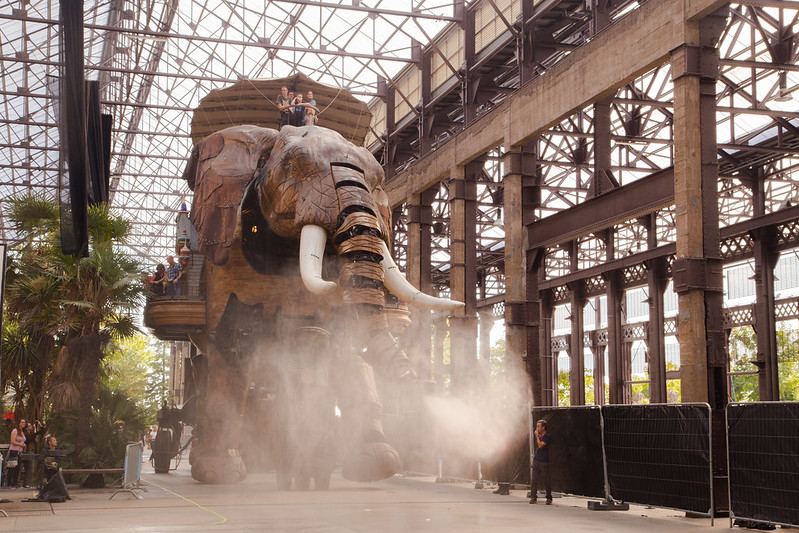 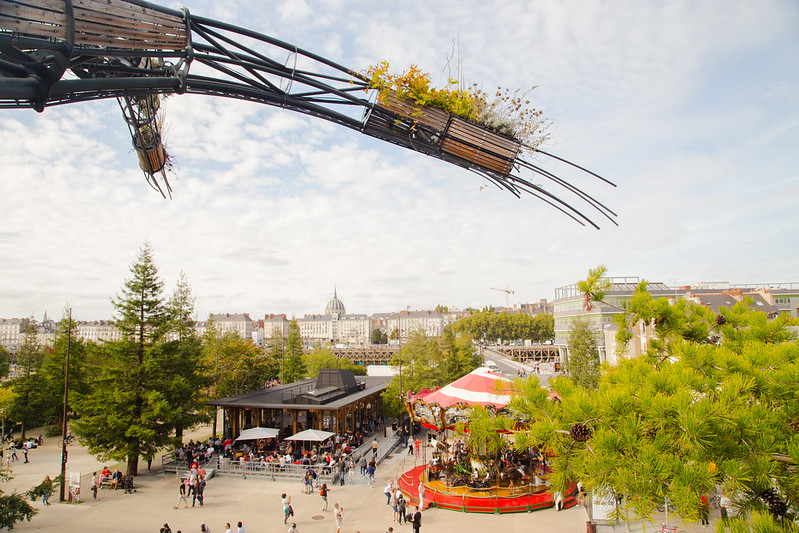 Having been to Paris (and some other French cities) a couple of times, I occasionally get asked for advice and recommendations for visiting Paris. While most of these requests are for vegan/vegetarian restaurants (Gentle Gourmet, L’Abattoir Végétal, Hank Burger or Arpège if you really want to splurge), over the years, I’ve also developed a growing comprehensive list of places, activities and finds to pull from.

The list ranges from cool touristy haunts like museums to visit when there isn’t enough time to do the Louvre (Musée Jacquemart-André), or a romantic spot to propose (the Bir-Hakeim bridge, inside the Opera Garnier or Parc des Buttes-Chaumont) to the more eclectic, like the best place to land a rich French husband (1st class Eurostar morning train to London, trust me on this one!).

Now, I’m by no means an expert at exploring Paris but I discover something new with every visit which usually gets added to the list.

Last year a friend of a friend got in touch with a peculiar ask. They were doing a road trip from Paris through Brittany and was wondering if I knew of any child-friendly attractions on the way. I suggested a detour through Nantes to see the Machines (Les Machines de l’île, Nantes). “Thank me later”, I said. 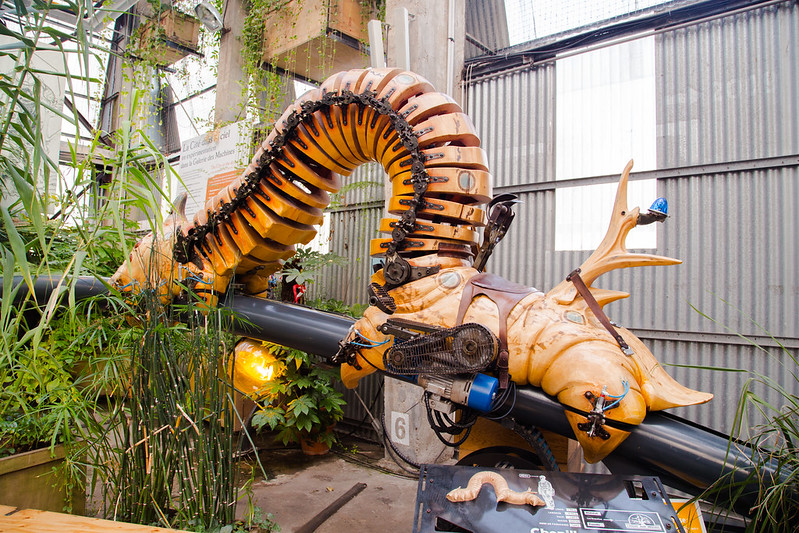 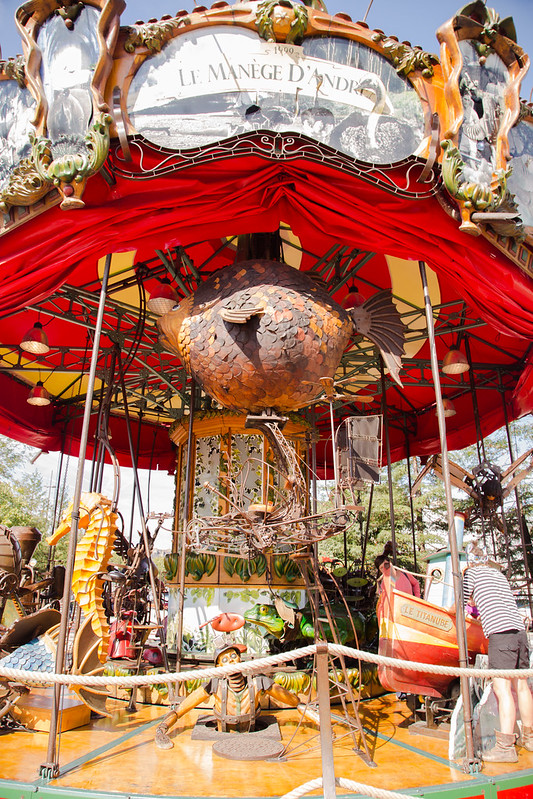 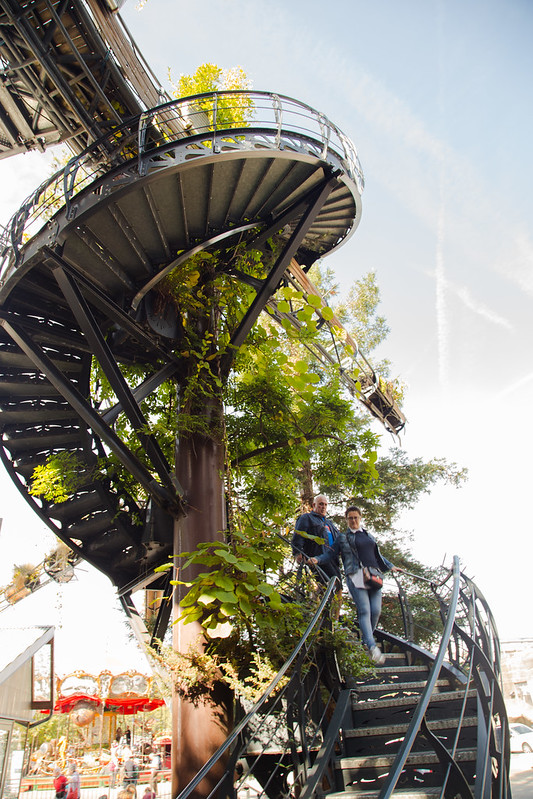 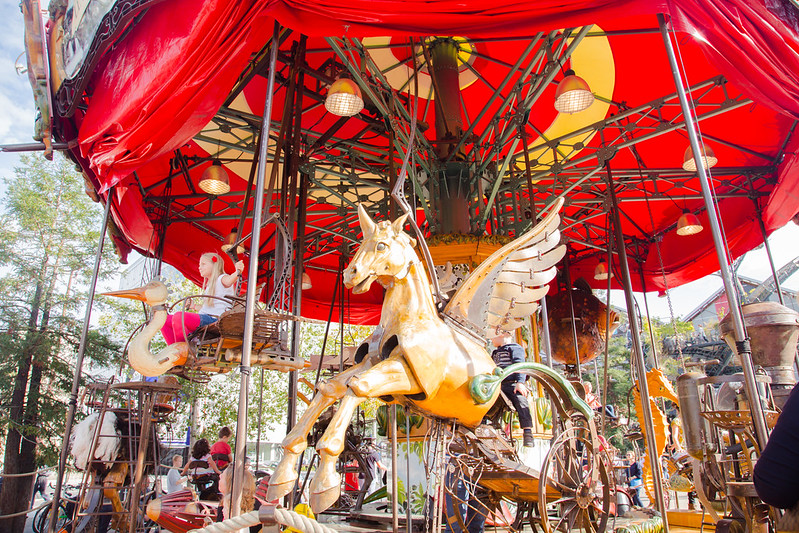 Entertaining, wildly imaginative and a little magical, the machines island is inspired by writer and Nantes-born Jules Verne; it looks like a world right out of his novels. I’m not ashamed to say that I’ve been to Nantes twice in the past two years for other business, but who was I kidding, it was mostly to see the machines.

The park also pulls inspiration from the inventions of Leonardo da Vinci and the city’s industrial past. It’s located on an island on what used to be warehouses and shipbuilding yards.
The Machines de l’Ile an artistic steampunk wonderland of mechanical creations from a three-level carousel of sea creatures to a giant elephant.

Unlike anything you’ve ever seen before, it’s a reverie brought to life from the imaginings French artists François Delarozière and Pierre Orefice. There is a machine gallery filled with an assortment of truly fascinating and rideable steel creatures from a giant crawly spider to a flying heron, which is a prototype for the Arbre aux Hérons, an attraction where giant herons will fly in a tree, it’s scheduled for 2022 (I can’t wait!). 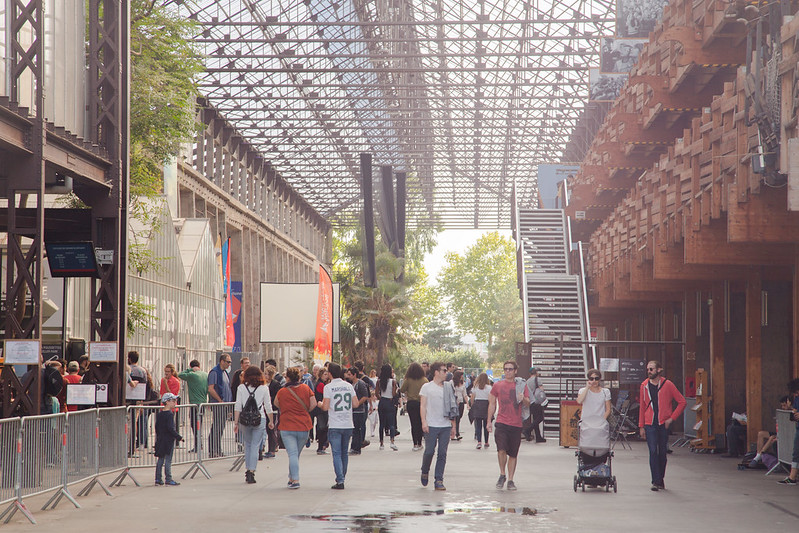 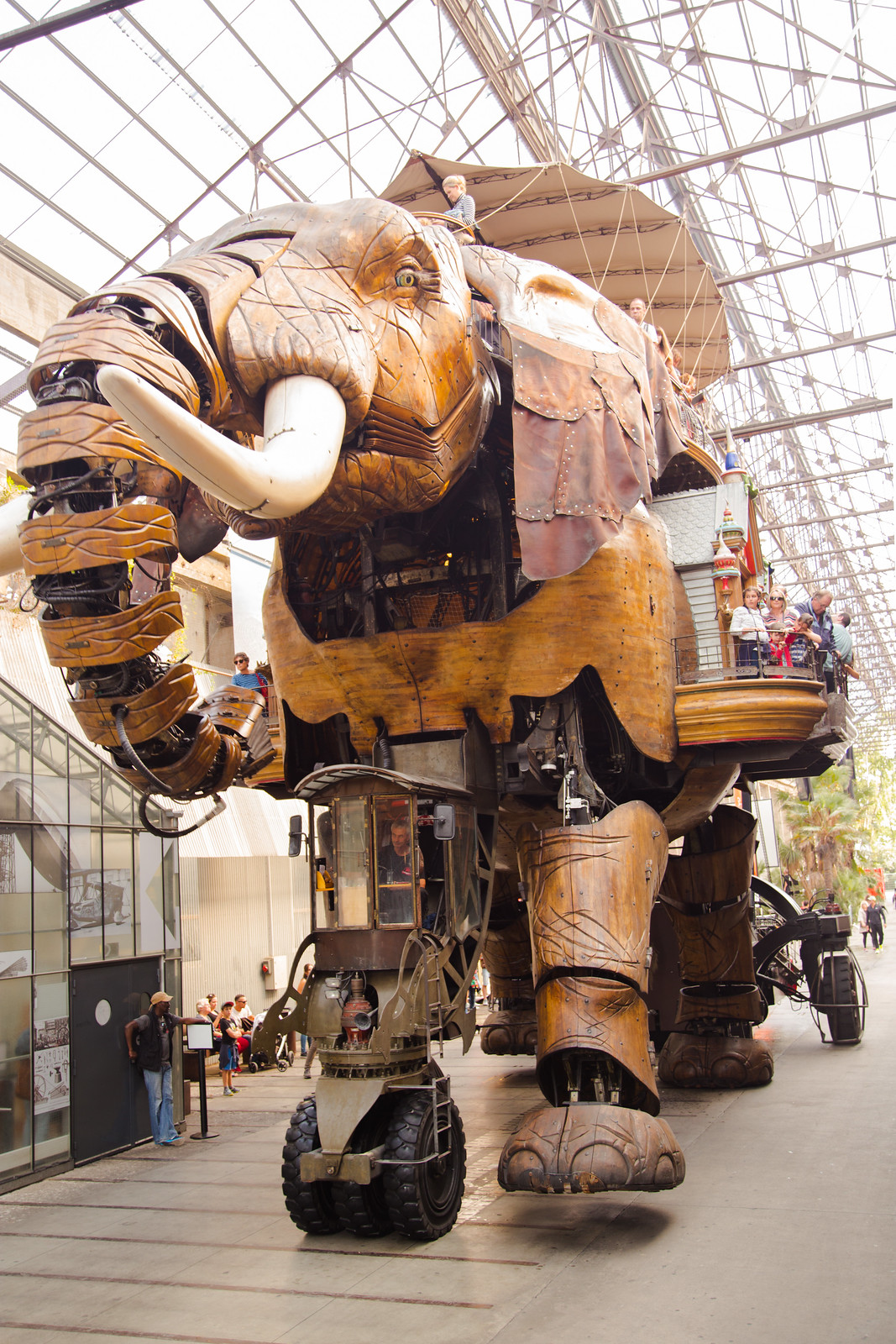 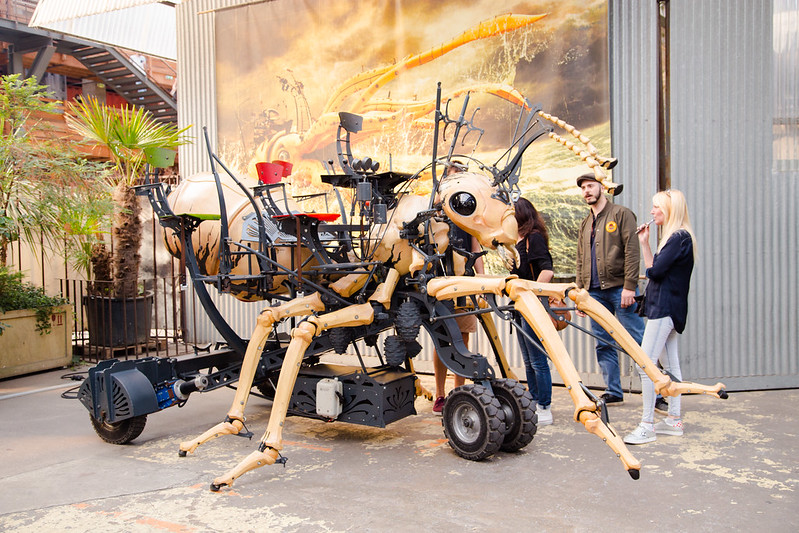 The ultimate attraction is the Sultan’s Elephant, a majestic 40ft high mechanical elephant with a lounge and terrace, it takes passengers on a walk, and sprays water from its trunk! – It’s unique and a marvel to behold. It makes people, young and old squeal with delight, even non-squealing types.

In the Marine World Carousel the world of the Jules Verne’s novel, Twenty Thousand Leagues under the Sea comes to life with a menagerie of sea creatures take rides through the levels of the sea from the seabed to the surface of the sea.

It’s no secret that I love Nantes. For an old city with so much history, present day Nantes feels young, vibrant and energetic. It’s an innovative city, one that owns up to its past and isn’t afraid of change. Nantes has an infectious creative vibe, contemporary arts have become part of the fabric of the city – it’s all around you from the streets to little squares.

This is all to say that this peculiar park of mechanised animals does not seem out of place here; it is exactly what you want to see when you’re in Nantes. 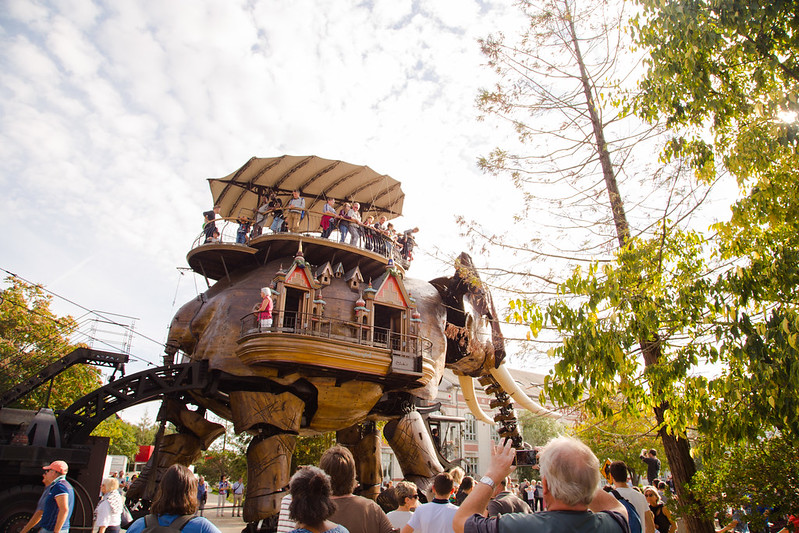 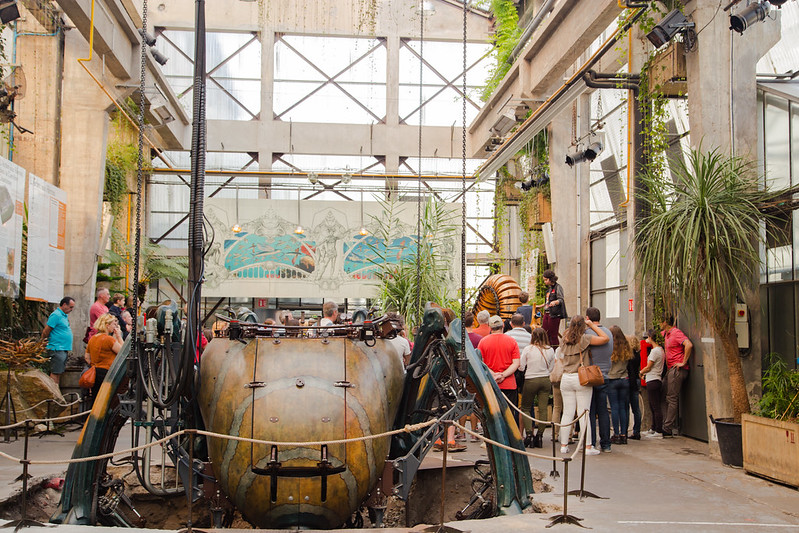 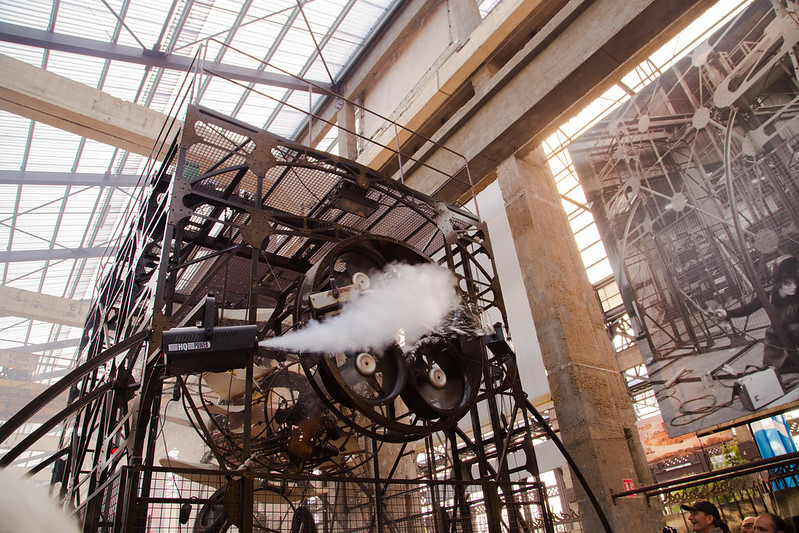 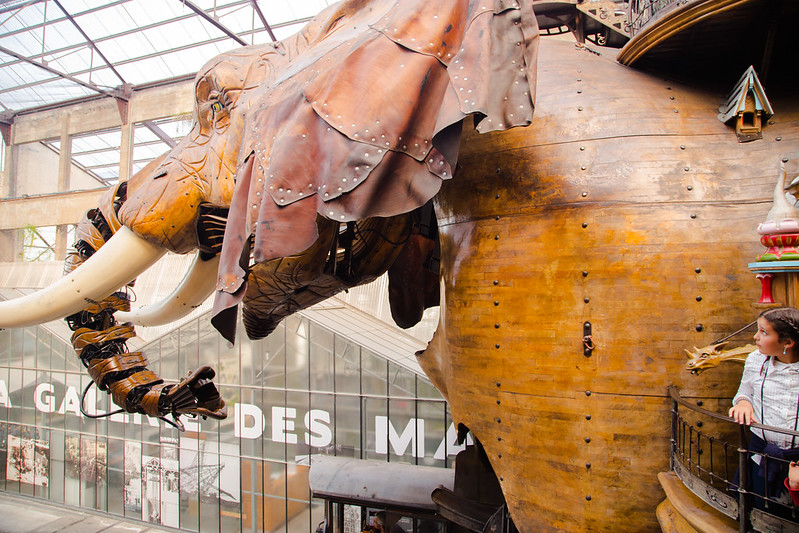 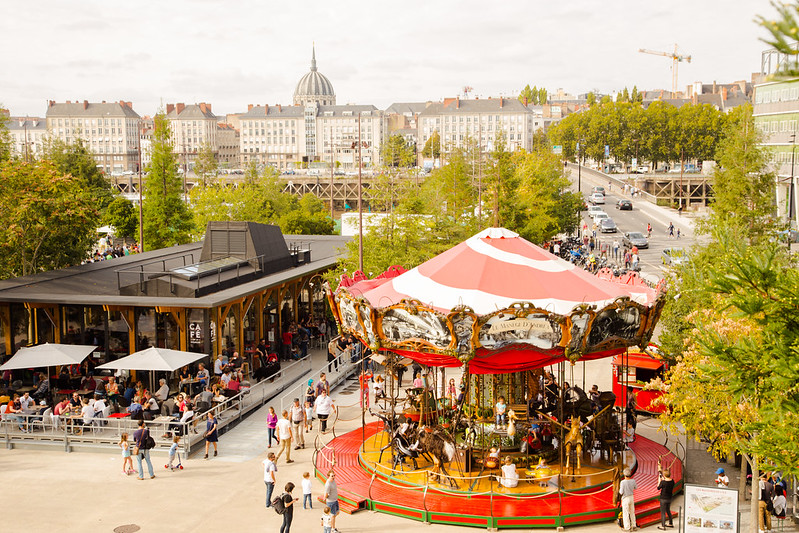 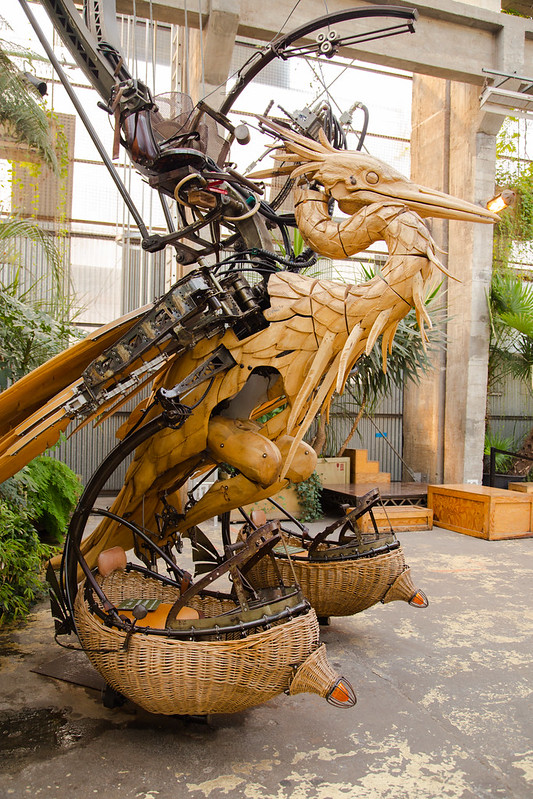 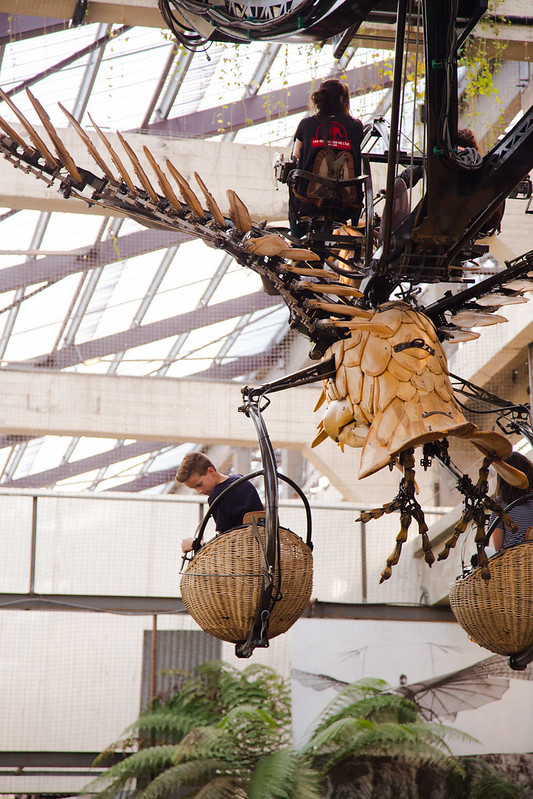 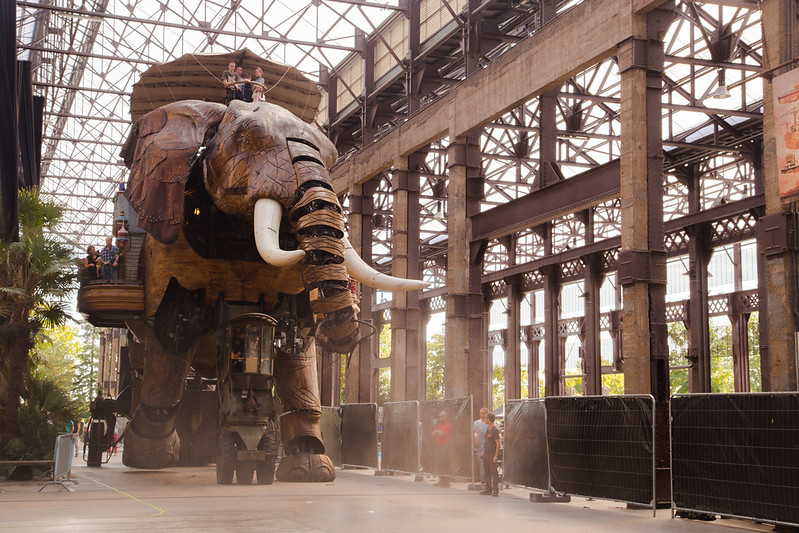 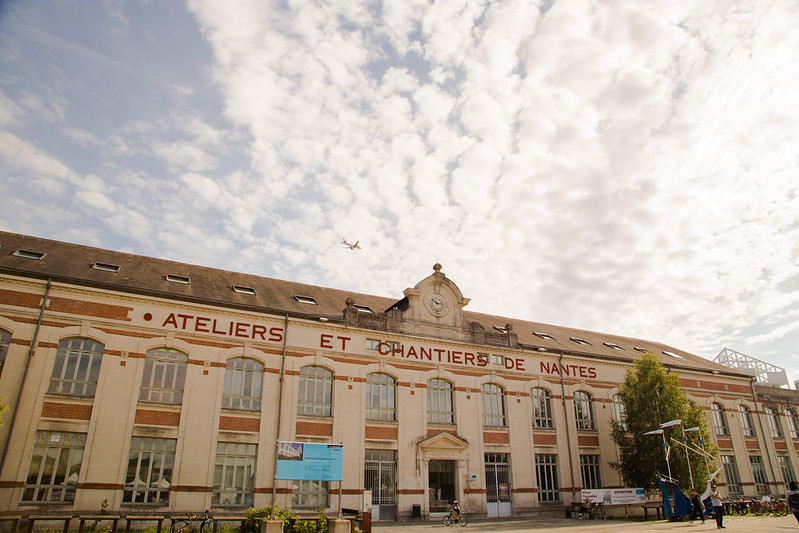 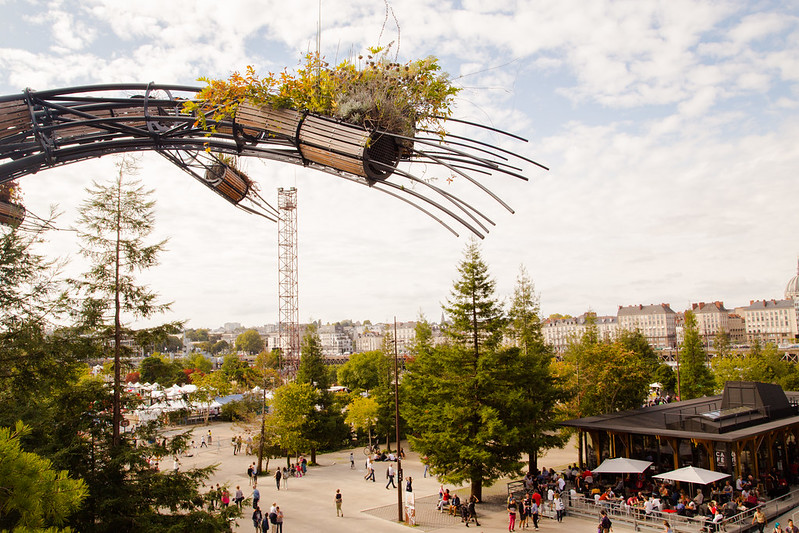 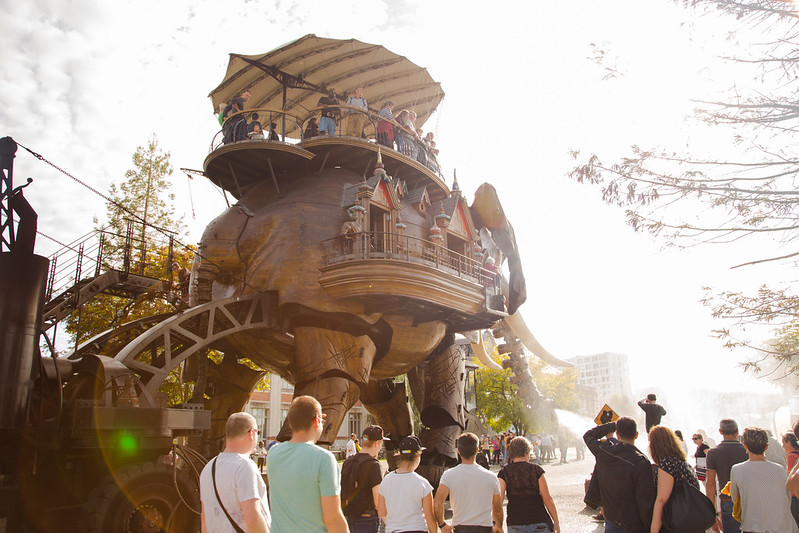