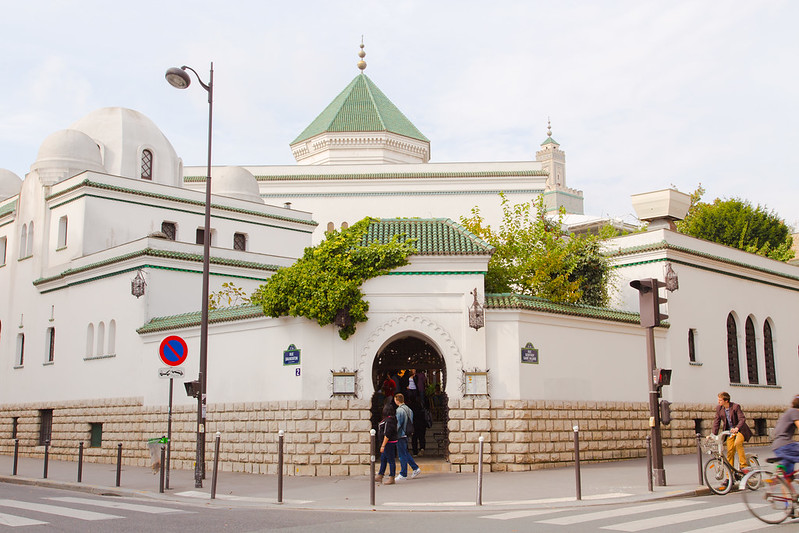 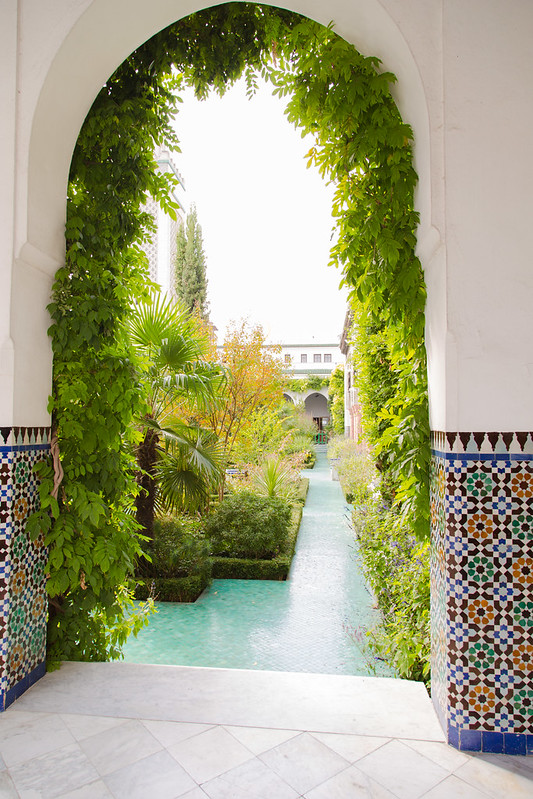 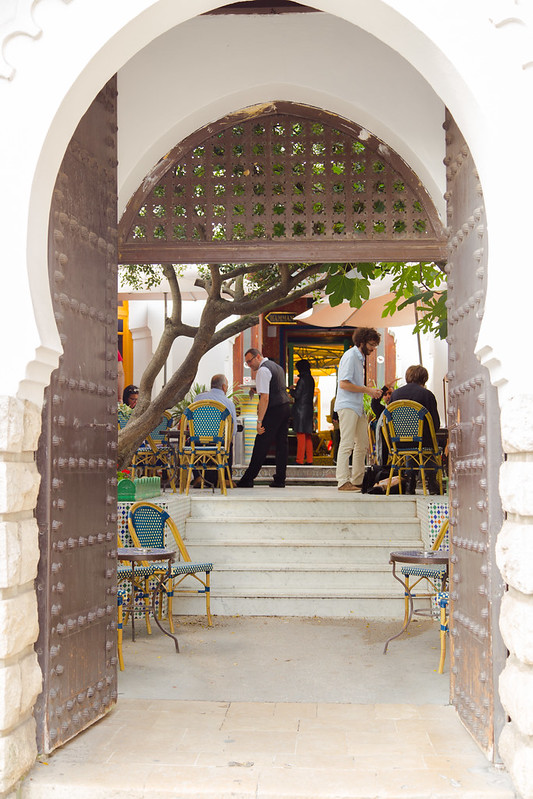 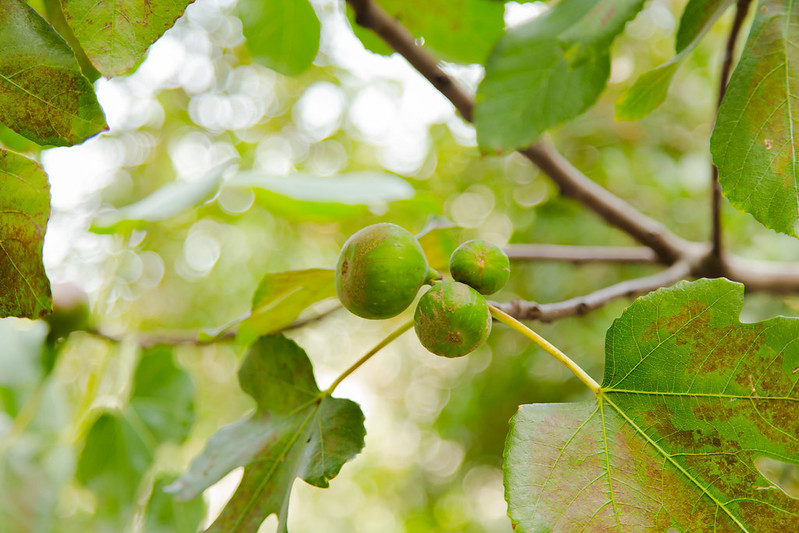 The year I turned eight, we moved into a house on a street with a mosque on one end.
We were in a new city in a new country, starting life anew, and awoke our first night to the strains of melodic music from the mosque at dawn calling people to prayer.

My mom surprisingly said this was good; she shouldn’t have a hard time waking us up for school any more.

The music filtered through the neighbourhood every morning (and several times during the day) for the next several years, but we got accustomed to it after the first few months, sort of like living in a house with a grandfather clock that chimes hourly (which we had at home too!). The mosque, like the call to prayer music became a part of our new life. 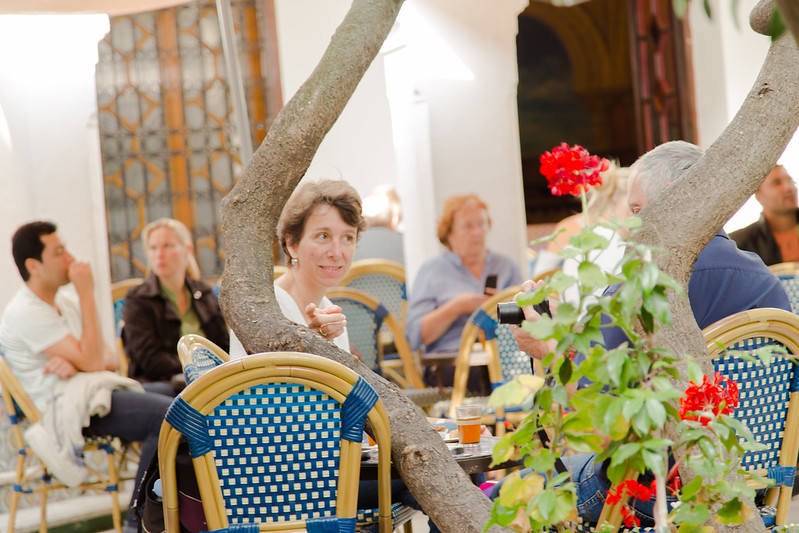 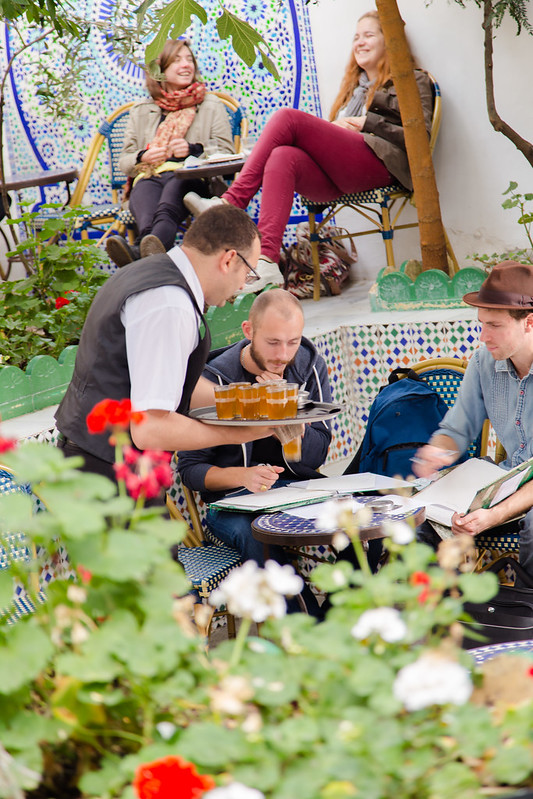 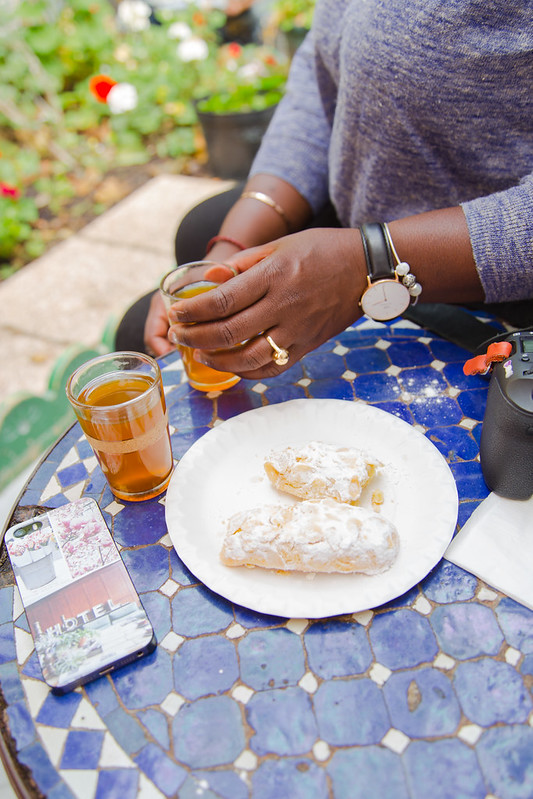 I developed a fascination with mosques living on our street, perhaps from all the activity surrounding the mosque and its distinctive architecture.
One year, the seaman came back with a coffee table book filled with photos of mosques from around the world. I’d thumb through the glossy pages and wonder about these other bigger and fancier mosques and the people that lived near them.

The Grande Mosquée de Paris was in there. It wasn’t as grand as the Umayyad or the Blue Mosque, but he’d speak of its history with awe. “Did you know?” He’d say, “That it was built to honour Africans who fought in the First World War for France? That during the Second World War the mosque helped Jews escape the Nazis?”

“Maybe one day you’ll go and see it when you go and visit your Eiffel Tower!” He used to say.

Last fall, I spent an afternoon wandering through the courtyards and lush gardens of the mosque. 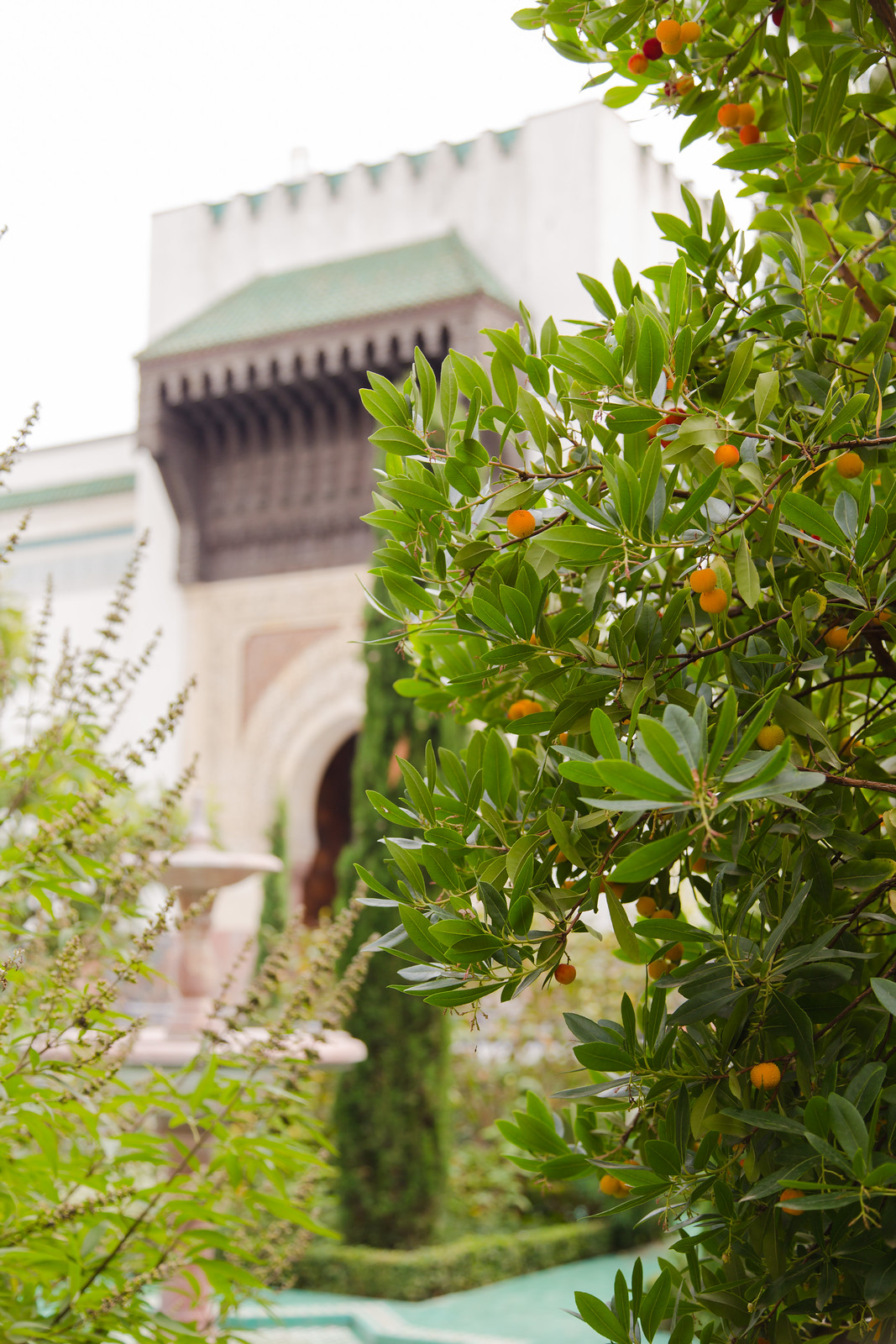 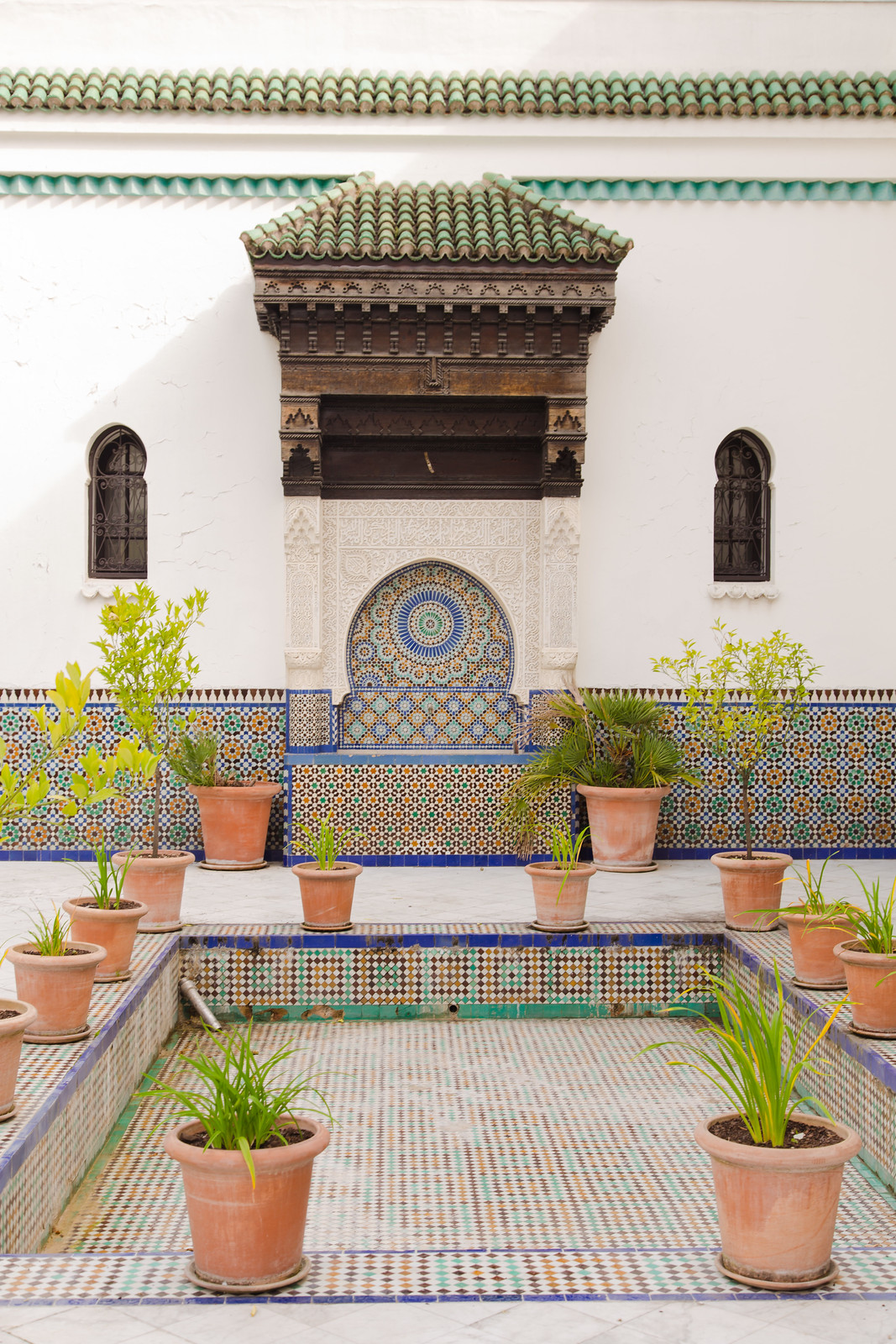 Around the corner from the main entrance is an arched entrance leading into an oasis of a café, with tiled mosaic walls and tables, fig trees and greenery and chirping sparrows flying about; we sat there enjoying the glorious sun, sipping mint tea and nibbling on almond pastries, and catching up.

There’s also a restaurant, along with the café / tea room and a hammam (Turkish bath) located at the mosque.

As non-Muslims, we were restricted from entering the area for prayers and sermons, this didn’t bother me; there’s still solace and restoration to be found in the other halls, walkways and courtyards. 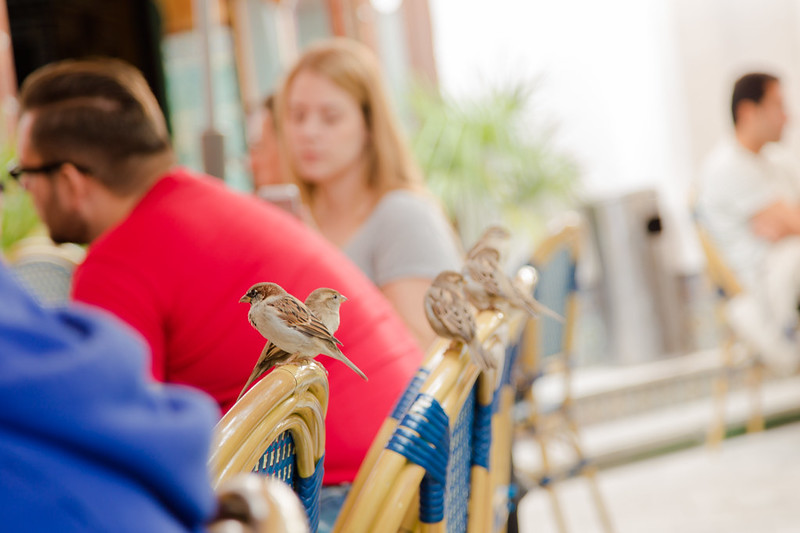 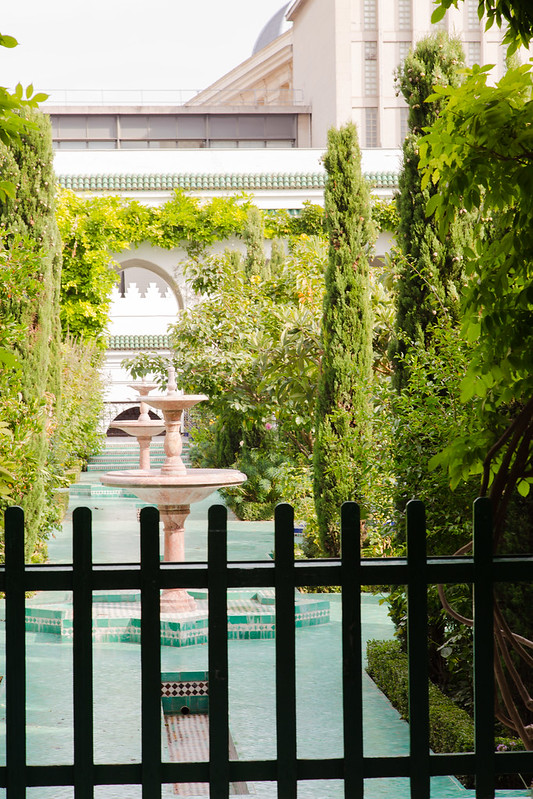 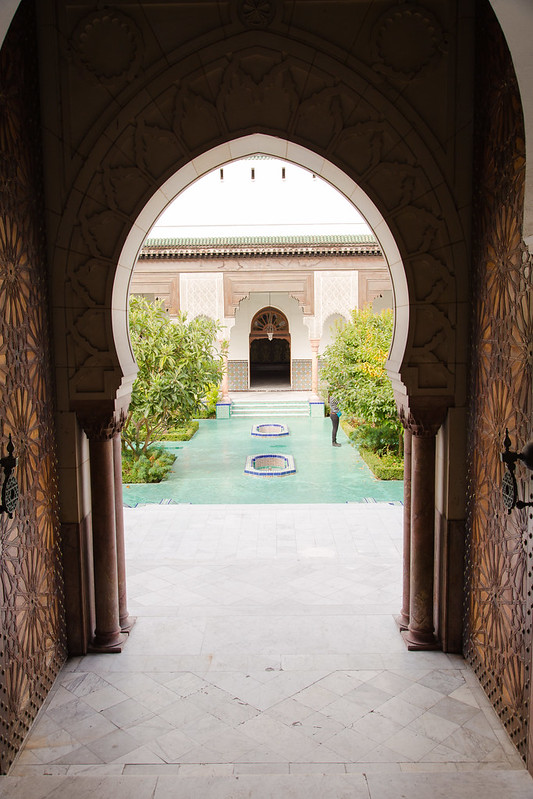 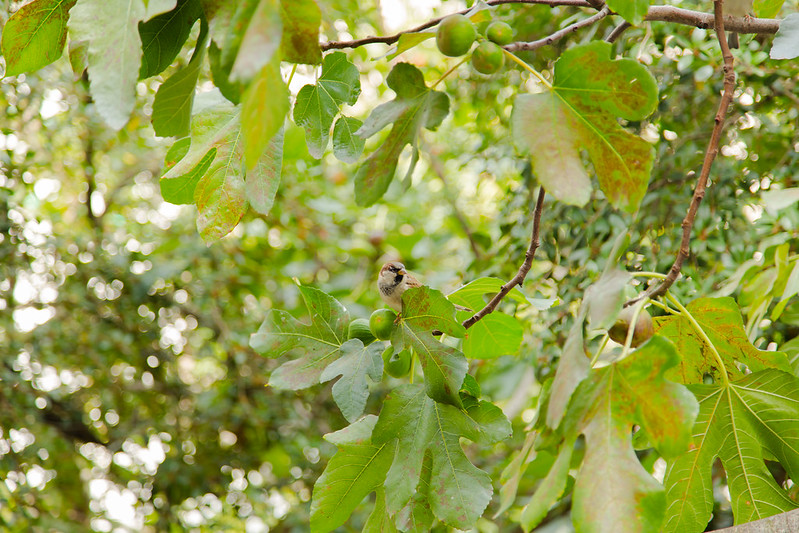 We spent our afternoon captivated by our surroundings, with a sense of being transported to some tranquil and exotic locale far away from where we stood in the heart of Paris.

While deep in the garden, I swore I heard the soft strains of a call to prayer as melodic as I remembered, and my eyes welled up a little from the memory. 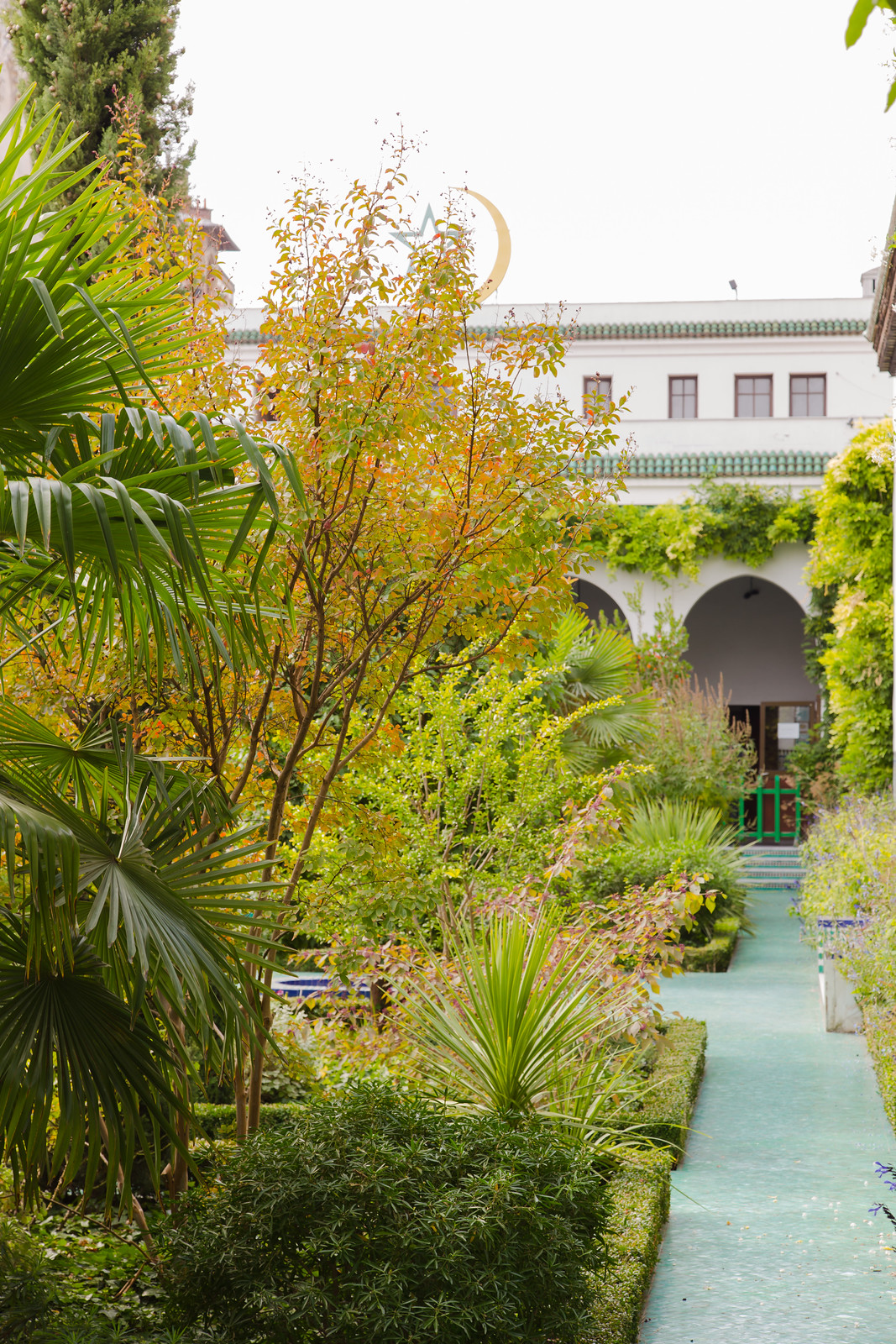 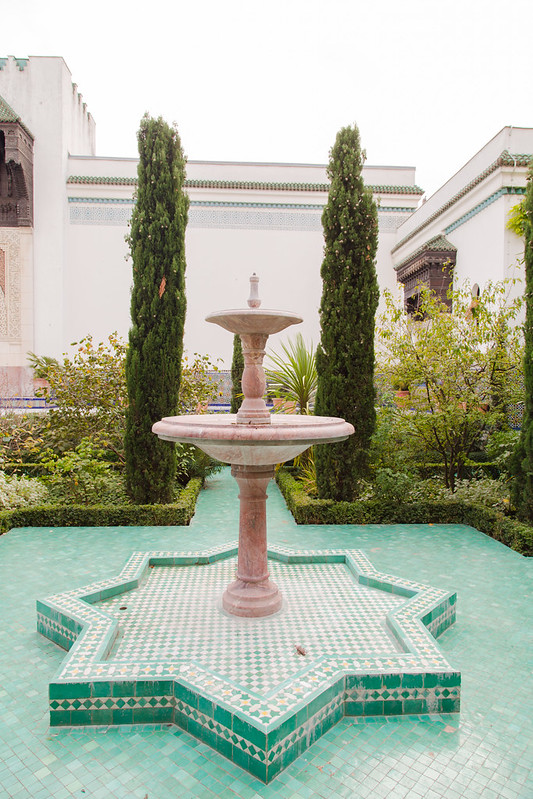 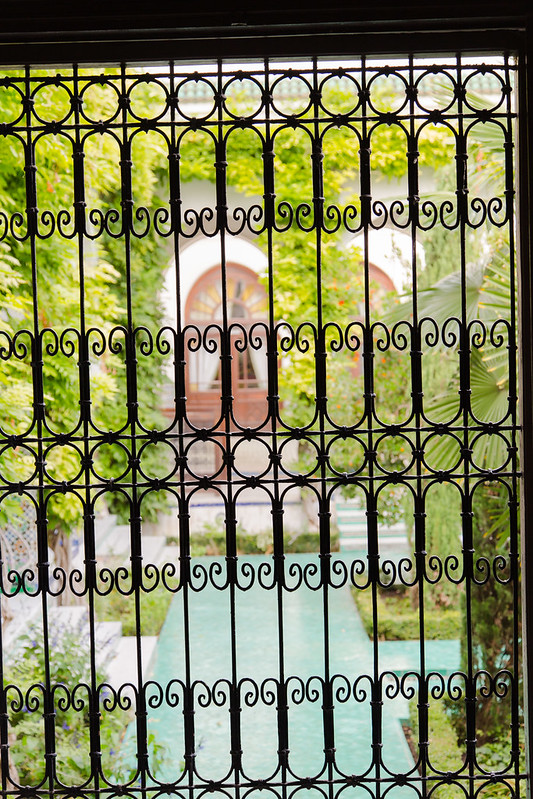 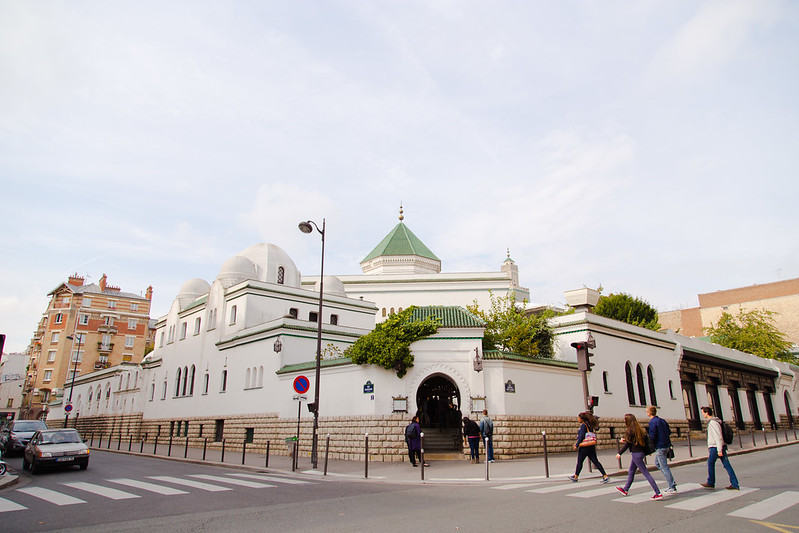